AFTER more than half a century, my love for the game of Rugby League has died. 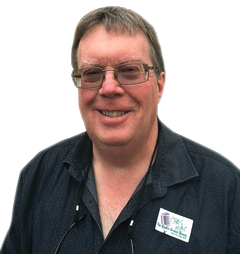 I’ve delayed writing this for several weeks because I wanted to be sure.

And now, I reckon, increasing numbers of other life-long devotees to “The Greatest Game of All” have come to that conclusion as well.

This decision has not been because of the efforts of the team I follow…yes, it’s the Canberra Raiders. What drove me to this was what I perceived was happening TO the Raiders, as well as other teams.

The “crunch”, to use one of those well-worn sporting cliches, was several weeks ago, when the “Green Machine” was trying to stay in the finals race in a game at Cronulla’s Shark Park. At the time, my wife and I were on a short holiday in Townsville, in of all places the Cowboys Leagues Club.

While having dinner, the game being played in far away southern Sydney was on the big screen across the room. Fair tries disallowed again and, remarkably, a try allowed against the boys AFTER a touch judge raised his flag to “stop play”. Seriously?

A string of frustrating referees’ decisions, inconsistencies and blunders throughout the season came to a head. I looked across the table at my lovely lady and we said, as one: “That’s it, we’re done”.

I had delayed doing this but this was the proverbial straw that broke the camel’s back. A story written by Fairfax journo Andrew Webster two years ago came to mind, where a senior league official (unnamed so far, Andrew, please spill the beans!) had allegedly told Raiders officials his wish, and that of the National Rugby League hierarchy, was that the Raiders would simply wither on the vine and die. They were getting in the way of another team in Brisbane and maybe one in Perth.

Let’s just say I have joined the dots. To the CEO of the NRL, Todd Greenberg, I say, this has driven away a bloke who followed the game for more than 50 years. Season ticket, gone. Pay TV subscription (owing to this and my family being fed up with the endless repeats, but that’s another story!) gone.

To Raiders CEO Don Furner, coach and Raiders legend Ricky Stuart, skipper Jarrod Croker and all the boys, I’m sorry I cannot deal with this any longer. Maybe I will come back to a game I have followed, written and broadcast about in this city for 35 years. Thanks to all of you and all the players and officials at the Raiders and the local league I have had the privilege of working with over the years.

Grumpy is an occasional column dedicated to things that get up your nose. Readers are invited to vent (no more than 300 words, please) at editor@citynews.com.au