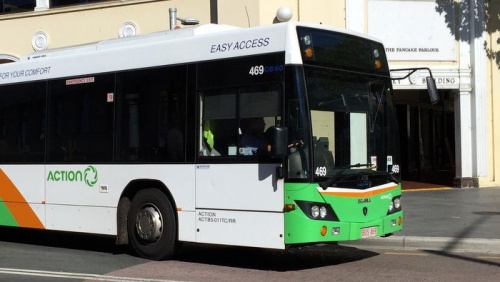 CANBERRANS who depend on bus services are tired of being let down by late buses, says shadow Minister for Transport Candice Burch.

In the ACT Legislative Assembly today (April 11), Miss Burch called on the government to improve ACTION buses’ punctuality after it only met its benchmark twice in the 90 weeks since mid-2016.

“The government has forgotten to factor people into its bus network,” she says.

“It has designed a public transport system that works best when people aren’t using it. In almost two years, the government has met punctuality targets only twice – in the weeks around Christmas when far fewer people are catching buses.

“When buses arrive after the morning school bell, children are marked late for school. Yet when parents have complained, they were told that as long as they arrive within a ten minute window, the bus is not considered to be ‘late’.

“In the afternoon, some buses are departing more than 40 minutes after the school bell. This means that children must spend a long time loitering around at school when they could be at home with their families, completing homework, or partaking in extracurricular activities.

“The government claims to value our children’s education, and yet it is saying to our kids that it is ok to arrive to school late or to leave school early. If the government is serious about wanting more Canberrans to use public transport, then our public transport network needs to be reliable, and on time.

“Our commuters, students, parents and teachers all deserve better.”

“I welcome the Assembly’s commitment to take concrete steps to provide Canberra commuters with a reliable and on time bus service,” she says.

“The government’s commitment to provide comprehensive and ongoing data on the performance of bus services is a win for all Canberrans who rely on public transport to get them from A to B.

“While I thank Minister Fitzharris for this commitment, I will keep a close eye on its progress.”