A REASON two out of three Canberra women don’t feel safe in public at night is due to suggestive images of women, according to Labor Minister for Women Yvette Berry.

The assertion was made when I asked Ms Berry why her government had such a low safety target for the proportion of Canberra women who feel safe at night.

As a woman, a mother and a grandmother to seven young girls, I thought it an imperative to question the minister on her government’s record and lack of ambition in this area. Rather than accounting for her government’s actions – or lack of them – Ms Berry pointed the finger to a private company, accusing it of stirring up “unconscious bias” in Canberra by using a sexualised image of a woman in an invitation to an event the company was hosting.

It was a dishonourable tactic. I had hoped for recognition that the government owed Canberra women more than its low safety target suggests.

I believe many Canberra women feel unsafe at night partly because of a gradual decline in basic taxpayer-funded services. The government could take steps to improve perceptions of safety by improving lighting in public places, planning a better bus network and restoring Canberra’s police presence.

Having launched a study on this very issue, the Women’s Centre for Health Management found that most women reported feeling unsafe in littered areas with reduced foot traffic and those that are poorly lit.

I have repeatedly urged the government to provide lighting in the public car park behind the CIT in Tuggeranong. More than 12 months later, the car park is still pitch black and the government has only last month agreed to improve the lighting – which is likely to take another six months before it is operational.

In April, I submitted a Fix My Street request for a broken light in the car park at Erindale Shopping Centre. I submitted a reminder in June. To date, it still has not been fixed. Most women who park in a shopping centre after sunset would feel unsafe navigating a poorly lit carpark to get home.

Unfixed streetlights are a common story across the city. My constituents regularly raise their frustration at having to wait months to get them fixed. Even some of my male constituents say dark streets make them feel unsafe.

Labor’s poorly planned changes to Canberra’s bus network means women will have further to walk from the bus stop in the dark. Women will also have longer travel times on buses and will have to wait around bus interchanges in the city at night because the government plans to slash direct services between the north and south. Women who travel from Tuggeranong or Woden to Belconnen will now have to change buses in the city. It’s a poorly designed network that ignores the safety of commuters.

Last, but certainly not least, Labor and the Greens have cut frontline police officers. Over the past six years they have taken 35 frontline police officers off our streets and out of our suburbs, despite Canberra’s growing population and demand for services. The reduced police presence is underscored by a spike in high-profile bikie violence in our suburbs. In many reported incidents, women and children have been caught in the violence. I have no doubt continued violence of this nature contributes to perceptions of feeling unsafe.

There is no silver bullet to ensuring 100 per cent of women feel safe in public at night 100 per cent of the time. However, I do believe that focusing on better local services and a healthy police presence is a starting point to improving perceptions of safety.

These are areas well within the scope and powers of Ms Berry and her Labor-Greens government. If acted on, the government would have a better shot at improving safety targets. Instead, it seems the Minister for Women has in fact abdicated her duty to women by pointing the finger of blame elsewhere.

Nicole Lawder is deputy leader of the ACT opposition 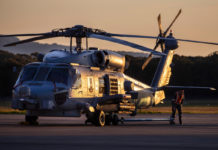 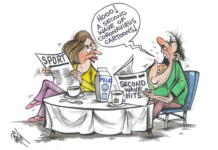 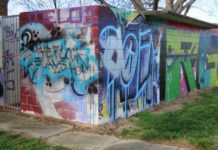 Michelle Grattan - July 1, 2020
0
Labor believes the funding squeeze on the ABC resonates as an issue in the electorate, where the national broadcaster had a vital communications role during the bushfires, writes political columnist MICHELLE GRATTAN.