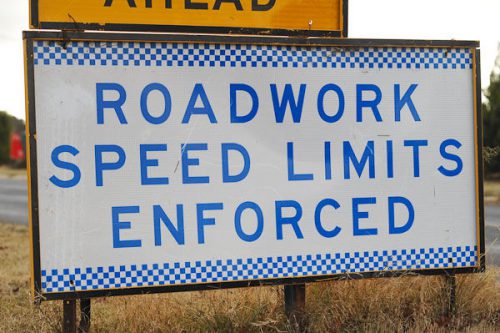 WITH four deaths already on ACT roads this year, police are focusing on what they call the “Fatal Five” during May after several motorists were booked for speeding in roadworks zones.

Speeding is one of the “Fatal Five” – the five highest contributing factors to fatal vehicle collisions on ACT roads.

In a recent roadwork zone traffic targeting operation in the Flemington Road light rail construction area, where a 40km/h speed limit is in effect, six drivers were issued with infringement notices in a little over half an hour after being detected doing speeds between 61km/h and 87km/h.

Officer in Charge Traffic Operations, Sgt Marcus Boorman said “Speed limits are in place for good reasons and while some motorists may not appreciate temporary speed limits in roadworks zones, they are in place to provide safety for drivers, construction and maintenance workers.

The “Fatal Five” are:

Jon Stanhope - May 27, 2020
0
"The fact the ACT government is resting on its laurels is increasingly apparent. Its obsessive mantra that it is the most progressive government in Australia always brings to my mind Bruce Springsteen’s 'Glory Days'," writes columnist JON STANHOPE.