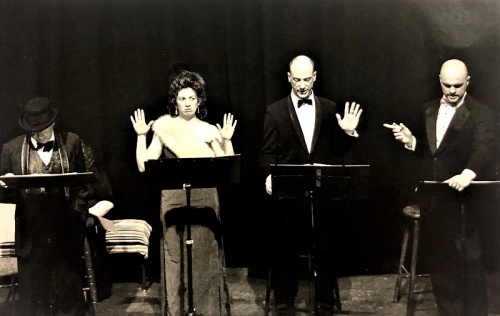 NO sooner does Flash Gordon escape the “Red Monkey Men of Mongo” than he is under attack by the “Space Gyros of the Lion Men”, before falling into a raging river.

But behind Flash’s booming voice is the the dapper Martin Searles, and the raging river is created by an actor in a raincoat pouring water into a bucket.

“Radio on Repertory Lane” captures the charm of radio drama while winking at the artifice behind it. Director Jarrad West plays with the contrast between the vivid word paintings in these old-time radio dramas and the humdrum of actors standing in a line reading scripts in a studio.

The performers scramble to create Foley sound effects from wacky props, and actors not in the scene can sink into a comfy green room couch, sometimes missing an important cue. West wants to remind us of the theatricality of radio drama as much as he wants us to be involved in it.

The show opens and closes (sort-of) with an electric Flash Gordon serial, leaving us waiting to resolve a cliff-hanger. Michael Cooper’s decision to base his character in this story on Zapp Brannigan was a delightful nod to Futurama’s galactic adventurer.

The comedy segments were well chosen, with Kate Tricks and Michael Cooper brilliant in the classic “John and Mary” skit.  Sketches by Monty Python such as the “Four Yorkshiremen” were amusing, even if the delivery could not compete with well-known originals.

An episode of “Blue Hills” was given a deliberately dull delivery, highlighting the tedium of “Episode 4380” of this long-lived but inert Australian serial.

The joke worked there, but the Poirot case performed near the the end of the night felt merely tired. This over-convoluted plot needed brio and zest, but was instead plodding in delivery.

With comedy, drama and adventure represented, the only noteworthy omission was the rich field of old-time radio horror.

Overall this was a fun night, with West playing up the theatricality of radio performance to good effect, but at the cost of making the audience feel too sly to surrender to their imaginations. 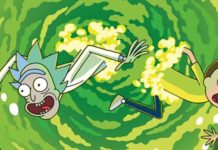 Michelle Grattan - May 26, 2020
0
The Prime Minister outlines principles that will guide the pursuit of a “JobMaker plan for a new generation of economic success”, writes political columnist MICHELLE GRATTAN.