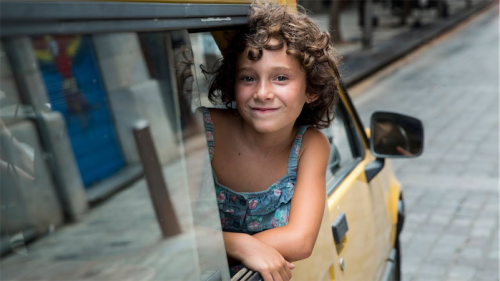 THIS memoir of childhood, the debut feature written and directed by Carla Simón, is a minor tour de force for its delicate observation of children and the style manifested in its creative treatment.

Frida (Laia Artigas) is six when her widowed mother dies. Her uncle Esteve (David Verdaguer) and aunt Marga (Bruna Cusí) have come to bring her to their rural home in Catalonia where she will have her three-year-old cousin Anna (Paula Robles) for company.

Among this quartet of characters carrying most of the film’s gentle plot, the performances of the two little girls stand out with wonderful force. Frida sometimes gently dominates little Anna because Anna has what she no longer has – proper parents.

There’s not much more to say about what happens in the film. But that’s not a dismissal of a work that quietly offers an often heartbreaking study of a child’s emotions with but little dialogue or volatile behaviour. Premiering at the 2017 Berlin Film Festival, apparently to immediate acclaim, it’s no blockbuster, for which we should give thanks. The closing titles begin with a mark of its authenticity – a dedication to the memory of Carla Simón’s mother which strongly suggests that Frida tells Carla’s story.

CityNews - January 28, 2021
0
Tim Hollo is having another crack at federal politics when he runs as a Greens candidate in the federal election, expected to be later this year.