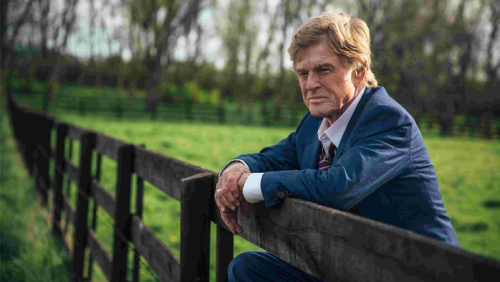 IT’S being touted as his last film appearance, in his 81st year. His movements are a little slower, his hair perhaps chemically restored to a less-ancient shade. But the infectious grin and sparkling eyes are unchanged and he sits a horse as confidently as he did when he and Paul Newman told the story of Butch Cassidy and the Sundance Kid.

It’s too early for a requiem for Robert Redford, Hollywood acting nobility, founder of the Sundance Film Festival. But we can wish him a long and pleasant retirement and hope that the reports are misjudged.

The old man is Forrest Tucker. Hollywood has two of those. The first Forrest Tucker had a long career on stage and in movies and TV. The second had a criminal record longer than a giraffe’s neck. His specialties were robbing banks and escaping from 17 of America’s most notorious prisons.

Writer/director David Lowery has adapted a “New Yorker” magazine  article by David Grann into a story that may or may not be historically precise, but on the screen flows unhurriedly and even affectionately. Tucker and his two companions in crime (Teddy played by Danny Glover and Waller played by Tom Waits) have precision robbery down to a T.

The film begins with one such. It’s a pleasure to watch. No shots are fired. The cops are mystified about whodunit. Particularly Texas police detective John Hunt (Casey Affleck) who happens to be in the bank drawing funds for a day out with his two small children.

A sub-plot involves a lady named Jewel. Playing her is Oscar-winning Sissy Spacek whose prolific filmography includes 64 feature movies and TV series. Her presence in her late 60s is as limpid as you could hope for. Whether Jewel is real or fiction, she does the film a measure of grace.

“The Old Man and the Gun” spends 94 minutes flowing calmly across the screen, delivering well-judged visual Hollywood stock phrases with genial familiarity, dramatic validity and economic delivery. The Redford reputation may earn it awards, but it does not proclaim awards as having high priority. It’s entertainment without brouhaha. Dignified, affectionate, man and movie command respect and deliver satisfaction. 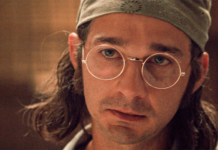