Trish will be signing copies of “Escape to Paradise Island” at Paperchain Bookshop in Manuka on February 10.

“I’ve given a copy to every girl in my doctor’s surgery, chemist and the bank. People have said it’s pretty steamy and they can’t put it down!” she says.

Trish says the book is about three couples and a single lady who go on holiday to a luxury resort in an attempt to solve all their problems.

“I’ve been surprised at how easy it’s been for me to sit and write, the words just seem to flow from my fingers and I always have an idea what’s going to happen next to each character,” she says.

Trish says she had to borrow “Fifty Shades of Grey” by EL James from the library to get a sense of how to write sex scenes.

“Someone said to me, sex sells, and there was none in the book at all. I’m 65, I don’t write about stuff like that!” she says.

“So I read ‘Fifty Shades’ and added in some rude bits. I sent it to a friend in England to read and she told me it was too much! So I went through it all again and left in the suggestion of it. Thank goodness I did!”

“Escape to Paradise Island” is Trish’s first work of fiction and her third book. She had previously transcribed her husband’s grandfather’s World War I letters to his wife Alice into the book “Dear Alice”, but says it was her autobiography “A Girl from Birkenhead” that ignited her confidence in her writing.

She says she started by sharing childhood stories on a Facebook group called Birkenhead Memories in 2016.

“People were putting up old photos and short comments, and I decided to post a 500-word story of going to Blackpool with my grandma, who was my absolute life and my saviour back then,” Trish says.

“It got around 450 likes, with people asking me to write more. So I ended up putting about 12 different memories up on the page which all got positive comments and lovely feedback.

“I’ve always wanted to write. I’ve written short stories over the years, had some articles published and I wrote poetry after my dad died, but life would get in the way.”

Trish says that so many people on the Facebook page wanted her to write a book about her life that she decided she would.

“I put all my memories of growing up in a large, poor family in Birkenhead, plus my life after my husband Ian and I emigrated to Australia at the age of 21, into a 42,000-word autobiography and sent it off to Amazon and it sold 4000 copies in the first few weeks,” she says.

“I was thrilled and the response to it has been brilliant.”

With four children, eight grandchildren and her 15-year-old granddaughter in her care, Trish says retirement is a lot busier than she expected.

As well as writing the sequel “Return to Paradise Island”, due for release in July, and with a third book planned to complete the trilogy, Trish also runs her own 5000-member Facebook group about the Wirral, after she was blocked from the original Birkenhead Memories group for using it to promote “A Girl From Birkenhead”.

“I’ve come from rags to riches, it’s been a hard, poor and interesting life,” she says.

“I’ve been to school with no shoes on crying, it was a very hard upbringing. And then having two small babies very close together at a young age and no money whatsoever, nowhere to live and no support from our families.

“My husband Ian and I have been married since we were 16, we have come so far and he’s my rock. We’ve taken every opportunity that has come our way.

“It’s been my absolute dream to have my own book signings. I did my first one in Dymocks last year and it was an incredible feeling.

“I’ve sold almost 1000 copies of ‘Escape to Paradise Island’ in Europe, the US and Canada so I’m hopeful it will do well here, too.

“Writing is now the most pleasurable thing in my life after my family.” 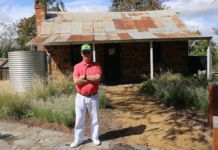 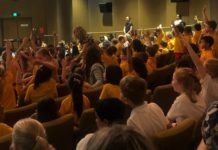 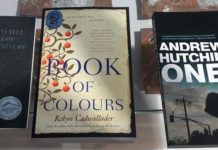