THE Barr government will no doubt closely follow a debate over a call to toughen anti-bikie laws in Tasmania. With a reported 260 fully patched bikies now making their home in the state, the Hodgman government is under increasing pressure from police to pass legislation similar to NSW and Queensland. If the legislation passes, potentially more bikies will cross into the ACT seeking a softer environment in which to conduct their business.

AMID the noise of the NRL coaching merry-go-round, including a rumour that Trent Barrett was Bruce bound, Ricky Stuart has been taken to task on his coaching record. Former Eels hooker Mark “Piggy” Riddell described the Green Machine’s lack of finals action under Stuart as “the issue no-one wants to talk about” mostly due to Stuart’s “mates in the media”. Riddell, now a radio commentator, argued “the Canberra Raiders’ coaching should be coming under question, but it doesn’t because no one wants to talk about it. It’s the elephant in the room”.

STILL on the Green Machine and the 1989 Raiders-Balmain grand final has been confirmed as the GOAT (greatest of all time). The game, won by the Raiders 19-14 was recognised as the best at a Men of League “classic deciders” luncheon. Canberra fans will never forget the team’s maiden pennant when the game was forced into overtime with both teams tied at 14 all after 80 minutes. Nor will they forget a very young and very green Greg Robson opening Ten Capital’s news bulletin on that momentous day.

LARGE mobs of kangaroos grazing on the lawns of Canberra homes and sporting ovals is not uncommon. But a video of more than 20 of the marsupials rampaging through a suburban street has taken the world by storm. The footage was shot by Canberra photographer Matt Bailey from his Deakin office window and within 24 hours of posting on it Facebook it had clocked up over 1.6 million views.

STILL on the big dry and “The Australian’s” “Strewth” column recalled a time – in 1994 – when then Nationals’ leader Tim Fischer called for the Captain Cook jet in Lake Burley Griffin to be turned off. Apparently Tim was concerned about nearby farmers, saying: “It is offensive to those who see it in the distance when they haven’t seen a decent rainfall for two or three years”.

FISCHER was prone to making outrageous statements in order to get a headline or attention paid to an issue. I experienced this gift for self promotion in Mildura in the late ’80s. A deadly crocodile attack in Darwin motivated the shrewd politician to issue a press release reassuring tourists “no such attack would ever occur in the mighty Murray River” which bordered his vast electorate of Farrer.

THE ACT Federal Labor preselection brawl and Canberra’s power couple index are both in for a shake-up following member for Canberra Gai Brodtmann’s shock decision to quit politics. Ms Brodtmann, who is married to Nine Network political editor Chris Uhlmann, will not contest the new southern seat of Bean despite announcing in July that she would. The 54-year-old former diplomat says she is leaving public life to spend more time with her family, in particular her 79-year-old mother.

MANY people have momentarily forgotten where they parked the car at the shopping mall. But you wouldn’t expect a misplaced vehicle to be minus all four wheels and number plates when you finally locate it. While details are unknown, that is apparently the situation at Canberra Outlet Centre in Fyshwick, where this Commodore was found high and dry in the car park. 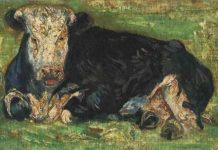 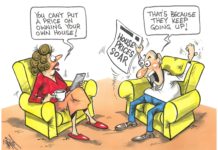 Review - March 5, 2021
0
“Symbiosis” unfurled in several vignettes, with the Botanic Gardens themselves being the integral character and inspiration, writes reviewer SAMARA PURNELL.