GREEK philosopher Aristotle is credited with exceptional foresight by his modern admirers, and now as part of the “South Side” open fire series, former journalist and now Canberran, Michael Smith, will host a provocative talk called “Aristotle Now”.

This Sunday, Smith will consider whether the great thinker may have forecast today’s Intersex gender, a world where popular TV series “The Handmaid’s Tale” and even the Unified Field Theory 2300 years before Einstein.

Smith was a journalist for 10 years in Melbourne and London, including four years at the Old Bailey Criminal Court.

He was media adviser to education Ministers in the Victorian Kennett and Australian Howard Governments. For three years he was public affairs adviser to the Cchair and CEO of the Australian Research Council.

He was the International Red Cross media adviser and spokesman in Sierra Leone during the 2014 Ebola crisis, in Japan after the 2011 earthquake and tsunami and in New Zealand after the 2011 Christchurch earthquake

The three genders, God, slavery, ethics, poetry will all be up for discussion in the South Side, Lyons Scout Hall, Tooms Place, 4pm to 6pm, This Sunday, July 28. Tickets at the door, coffee and refreshments provided. Further information at 0402 598948. 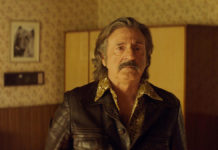 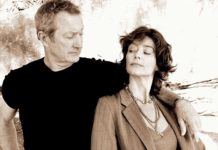 Paul Dorin - August 11, 2020
0
Cartoonist PAUL DORIN takes a closer look at the health of the economy.