THE winners in the 2019 Queanbeyan-Palerang Regional Council Art Awards were officially announced by the council’s Jacquelyn Richards on Tuesday (October 15) evening.

Linda Denning won the $2000 QPRC Art Award for her charcoal drawing “Into the Night”.

The $500 Emerging Artist Award went to artist (and “CityNews” photographer) Holly Treadaway for her drawing on paper titled “Vickie” chosen from a field of 19 emerging artists.

The Hive Studio Exhibition Award, decided and awarded by Helen and Simon Ferguson, went to Patrick Morison for his painting, “Sweetheart”.

The judges, Susan Foxlee, Alex Asch and Maggie Hickey, said that in their unanimous decisions, they had looked to award works that demonstrated “risk taking” and deviated from the norm, be that in subject, media or technique.

The 2019 QPRC exhibition continues until November 2 at The Q gallery, weekdays, 10am–4pm and Saturdays, 10am–2pm. 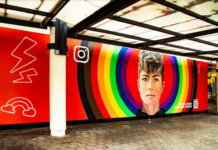 CityNews - March 3, 2021
0
WINE writer RICHARD CALVER knew that sparkling wine was supposed to be the drink that made you intoxicated faster, but not how. He shares what he discovered on Page 24.