HAVING released no less than 35 albums on the Deutsche Grammophon label from 1990 to 2019, and winner of nine Grammy Awards, the Emerson String Quartet is one of the world’s most lauded and highly respected chamber music ensembles.

Beginning as a student group at the Juilliard School and taking their name from the great American poet and philosopher Ralph Waldo Emerson, they turned professional in 1976.

Violinists and founding members Eugene Drucker and Philip Setzer both studied under the great Oscar Shumsky. Emerson is one of the few string quartets in the world, where first and second chairs alternate.

Mozart’s “String Quartet No. 21 in D Major, K575” with Setzer playing first violin opened the concert. Written for and dedicated to the King of Prussia in 1789, the piece showcases Mozart at the height of his powers.

The piece began with a gentle theme stated by the two violins, until it was taken over by Lawrence Dutton on viola and sweetened into a phrase of pure delight. The sound that Emerson created was one of refinement and charm.

The centrepiece of the concert was the “String Quartet No. 10 in E flat Major, Op. 51” by Dvořák, this time with Drucker in first chair. Composed and premiered in 1879, the quartet draws on classic slavonic themes, echoing the composer’s own “Slavonic Dances” and “Slavonic Rhapsodies”.

The delicate tonal changes in timbre and phrasing with the change of leader was a fascination in itself. It struck me during this work, how Emerson do not adhere to a fixed temperament, which is another of their unique hallmarks. I could hear chords being pulled into tune as they played through sweeping phrases.

There were many glorious moments, none more-so than the exquisite melody exchanges between viola player Lawrence and cellist Paul Watkins, who both played with glorious tonal projection and superb intonation.

Shostakovich’s “String Quartet No. 5 in B-flat Major, Op. 92” closed the concert, with Setzer returning as leader. Using the musical cryptogram DSCH, which is the composer’s initials in German, it was composed in 1952. Shostakovich waited until after Stalin had died, one year later, to premier it – a political move for his own safety, as he felt the piece would be interpreted by Stalin as a comment on “the dark and fearful aspects of reality”.

Emerson String Quartet lived and breathed every moment of the intensity, drama, struggle, torment and despair that this work evokes. Leading the audience straight down the garden path, Shoshakovich begins with a musically comic introduction – something which the quartet seemed to delight in presenting, before they descended into the devastating world of “reality” posed by the composer.

Intense forte passages of incredible depth and fury, were contrasted by searing, delicate and suspenseful pianissimo work between first violin and viola, playing in unison two octaves apart. It was eerie, almost frightening.

And the audience was right there with them. You could have heard a pin drop. The captivating and almost shocking revelations that this work suggests were all too evident. People were moved, sometimes shaken. 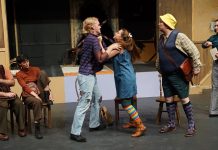 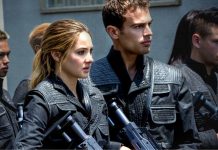