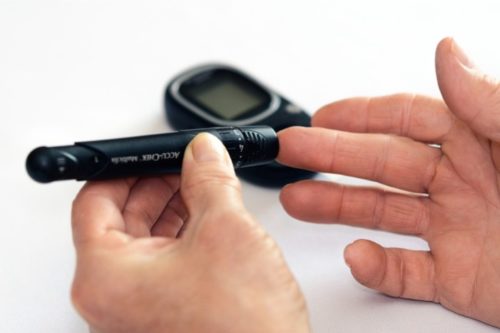 WITH rates of all types of diabetes on the rise in the ACT, this National Diabetes Week (July 14-20), Diabetes ACT is urgently calling for people to know the signs and symptoms of the condition and take action before it’s too late.

According to Diabetes ACT, there are currently 17,701 people living with diabetes in the ACT, and rates for type 1 diabetes, an auto-immune condition that attacks the cells in the pancreas, and gestational diabetes are well above the national average.

Which is why Diabetes ACT general manager Ian Peters says he wants people to know the symptoms of diabetes to reduce hospitalisations and avoid life-changing complications.

“Diabetes is a growing health issue costing Australian taxpayers more than $14 billion each year,” he says.

“We’re not identifying the symptoms in time, and this is putting people at risk of complications like blindness, amputation, kidney damage, heart attack and stroke. To save lives and reduce healthcare costs, people need to identify and act quickly on the symptoms of diabetes.

“If you’re diagnosed with diabetes it needs daily management to reduce the risk of complications, Regardless of whether its type 1, type 2 or gestational diabetes it can’t be ignored.”

Mr Peters says type 1 diabetes cannot be prevented but type 2 diabetes, which tends to develop progressively, can be delayed or prevented in nearly 60 per cent of cases through healthy eating and a more active lifestyle.

The ACT has 14,600 people living with type 2 diabetes and its estimated half this many again are undiagnosed because are underestimating the effects of untreated type 2 diabetes.

Mr Peters says diabetes is more widespread than most people know, with one in four Australian adults over the age of 25 living with diabetes or pre-diabetes.

“The sooner you’re diagnosed, the sooner you can learn how to manage your condition and delay or prevent complications,” he says.

“So if you don’t come in for a free health check, the next time you’re at the GP, ask them to check for diabetes. Make a diabetes test part of your annual GP check-up.”