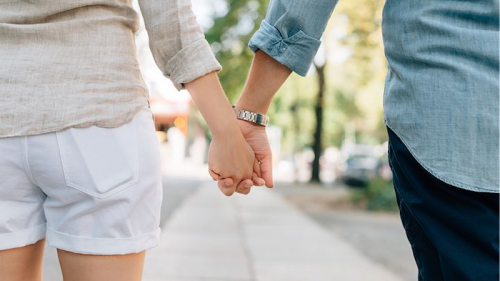 ONE in six people admit to openly breaking wind in front of a partner within the first week of a relationship, or even on the first date, according to a new food-intolerance study.
In a poll conducted by UK food-intolerance testing experts YorkTest Laboratories, 16 per cent of respondents in a relationship had noticeably broken wind for the first time either “on the first date” or “within the first week of dating”.
In the survey of 1000 Britons over 18, 37 per cent  felt comfortable enough to expel unwanted air within the “first few months” of a new connection. And there were only small differences between the genders, with 11 per cent of females saying they’d openly break wind within the first week of dating, compared with 14 per cent of men.
YorkTest biochemist Dr Gill Hart says: “This is a sensitive subject with polarising views. Some may think breaking wind is a positive thing in a relationship, a sign two people are completely at ease around each other. Others, however, find the practice distinctly off-putting.
“It’s also important to remember that an excessive build-up of intestinal gas, leading to painful bloating, could signal dietary or underlying medical issues. And if you have an intolerance to certain foods, it can make you bloated and windy.
“To be avoided are foods that are high in ‘FODMAPs’ – ie, certain types of carbs that are not easily digested. These carbs travel through the digestive tract and are then fermented by bacteria in the lower bowel. Bacteria in the digestive tract then generates gas from food which has not been properly digested or absorbed.
“It is well known that veg such as broccoli and brussels sprouts are known as cruciferous vegetables, and can take longer to digest, which means you may have more gas as your body is breaking it down.
“Avoid drinking too many fizzy drinks, which are carbonated and add gas.
“Meanwhile regular exercise keeps the digestive tract moving along. This may also reduce constipation and help alleviate any associated bloating.
“Why not head outside for a brisk 10-minute walk? The bloating may disappear faster than if you lounge around on the sofa.
“And it’s important that you get checked out by your GP if you are concerned about bloating or other digestive symptoms, to eliminate any underlying issues.”

Dr Hart believes food intolerances – and therefore also bloating and excessive wind – are on the rise.

“It’s my belief that increases in stress, antibiotics, painkillers and processed food are all making food intolerances more common than ever,” she says.
“You have good bacteria protecting your gut and protecting your immune system. But antibiotics can impact both your good bacteria and your bad bacteria.
“Processed food can also damage your gut, particularly additives found in things like bread.
“Meanwhile stress also plays an enormous role. Eating on the hoof, not chewing your food properly, means your gut is suddenly bombarded with food that hasn’t been properly broken down. Modern lifestyles are contributing to the problem.”
yorktest.com