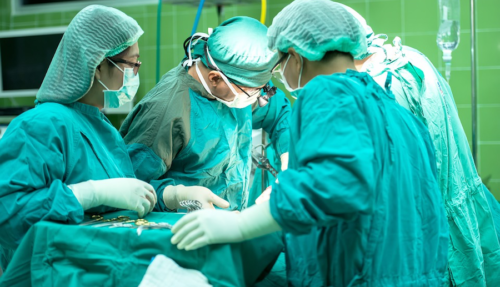 “Chief Minister Andrew Barr and his neo-liberal Labor and Greens colleagues have, in real terms, pumped huge amounts of money out of acute health care since 2012,” writes columnist JON STANHOPE

I HAVE recently returned from a lovely holiday with my wife Robyn in Greece and Italy.

While I was away I did have the occasional peek at the headlines in the Canberra media. One story that appeared in early September caught my eye. It was headed: “The ACT government is pumping money into acute healthcare, but wait times are still blowing out.”

It was the image of the ACT government “pumping money into acute healthcare” that captured my attention.

However, it was the day Robyn and I tripped down the coast from Athens to Sounion to visit the Temple of Poseidon (commissioned by Pericles in 444 BC) and the image in my mind of money being “pumped” into the ACT health system was washed away by the magnificence of the place.

On my return to work at the Winnunga Nimmityjah Aboriginal Health Service, the image resurfaced, when the colleague with whom I share office space turned up severely incapacitated by an inflamed and painful knee.

She told me that her knee was causing her such pain and her mobility was so compromised that she had been forced to take multiple days of sick leave. She also said there were days when she could not drive her car, which was having a serious impact on her ability to get her children to school, to support them with their activities and get herself to work.

Out of genuine concern for my colleague, a middle-aged Aboriginal woman for whom I have a strong affection, I gently chided her that she needed to take better care of herself and I told her that she should have been to a doctor and had her knee seen to.

My mild and well-meant lecture caused an explosion. She told me in animated and colourful language that she had had multiple appointments with her GP but had been “#^!*ing waiting since June 2017 for an appointment with an orthopaedic surgeon at the Canberra Hospital”. She does not, like almost every Aboriginal person I know, have private health insurance and so is at the mercy of the public health system.

We talked about the implications of not being able to afford private health insurance. She said it had had a profound effect on her family and that in recent years her husband, a working man, and one of her sons had medical issues requiring surgery that they decided could not be delayed. They had no option but to “go private”.

While he waited in the Canberra Hospital queue, her husband’s condition had deteriorated to the point that he faced the prospect of not being physically able to work and hence of losing his job and having to go on the dole. Therefore, they took the difficult decision to see a specialist in private practice and to pay for the surgery and hospital fees from his modest superannuation account, as they later also did for their son’s operation.

I reflected on just how lucky so many of us in Canberra are but equally just how little we seem to care about or insist on a response to the deeply embedded and growing inequality in Canberra society.

This brings me back to the uncontested claim, which I referred to earlier, that the ACT government is “pumping money into acute healthcare”.

This statement is, of course, arrant nonsense. To be fair when I first read it I assumed it was a sub-editor using sarcasm to have a bit of fun at the government’s expense by stating the opposite of what is in fact happening with health funding in the ACT.

The ACT government has, in reality, for years been actively pumping money out of acute health care. Data from the Australian Bureau of Statistics, supplied by the ACT government, reveals that following a period of adequate growth funding, there has been severe constraint on funding growth for health care since 2012-13. The ABS data shows that in the ACT between 2007-08 and 2011-12 nominal health growth was an average of 10.3 per cent a year while between 2012-13 and 2016-17 this was slashed to just 4.1 per cent. When adjusted for population, inflation and utilisation growth the nominal growth rate in the first period is 5.6 per cent and in the second it is -1 per cent.

In other words, Chief Minister Andrew Barr and his neo-liberal Labor and Greens colleagues have, in real terms, pumped huge amounts of money out of acute health care since 2012.

The sad reality is if, like me, you are happily middle class, have private health insurance and enjoy reasonable health you will probably not have noticed. However, the question we all face is do we really care because, as sure as the wind blows, the ACT government doesn’t.

CityNews - May 18, 2021
0
A pedestrian crossing a street in Bruce was allegedly struck by a black Mercedes, which saw him hit the car bonnet and then land in nearby bushes on Saturday (May 15) night.