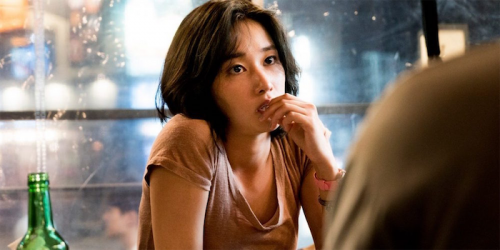 I LIKED this film a lot, more than I expected on discovering when planning my day’s movie menu that it runs for 148 minutes (including a very long list of closing credits using Korean characters).

Its origin is the short story “Barn Burning” by filmically-prolific Japanese writer Haruki Murakami, which Korean writer/director Lee Chang-Dong adapted to a contemporary romantic thriller mystery that says much about the aspects of the human condition that Murikami chose to explore.

You will forgive me if I don’t name the principal cast of Korean actors of whom Australian audiences would never have heard. Suffice it to say that since its release last May, “Burning” has garnered 32 awards and 104 nominations globally.

In a city just south of the border with North Korea, Jong-su has ambitions to become a writer. Living in the suburban dairy belonging to his father who’s awaiting trial for a string of crimes, Jong-su hasn’t seen his mother since she walked out 15 years ago. He’s emotionally vulnerable.

Hae-mi is a beautiful young woman saving to see the Kalahari desert, working wherever she can, with a stash of condoms underneath her bed. Life has taught her to be resilient

Hae-mi befriends Ben, a playboy with a Porsche Carrera, a string of mostly female pals and an unusual hobby. Every couple of months, he scans the surrounding agricultural countryside to suss out an abandoned greenhouse, douses it with kerosene and sets it on fire. Kinky? So what? Sounds harmless enough.

This trio are the principal protagonists in a plot that says much about the human condition in its time (TV news is reporting about D Trump’s latest fake news) and location (single-room apartments where the kitchen sink may well be beside the toilet, contrasting with up-market penthouses where Ben’s friends gather to sponge on his generosity, exteriors among narrow winding streets, beautiful fog-shrouded landscapes and the hills across that northern border).

The dramatic values are subtle, not giving too much away yet delivering forebodings of tensions. The spectacular climax has a sublimated simplicity. How does that work on screen? Go have a look.

CityNews - January 22, 2021
0
A police chase through Queanbeyan ended when the alleged offender crashed into a telegraph pole on Wednesday (January 20).