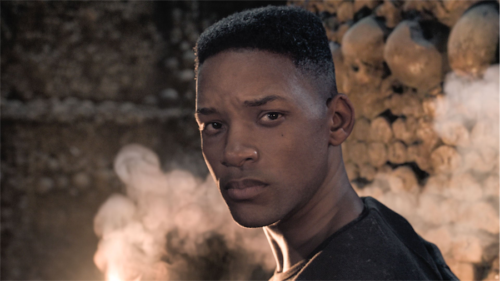 BEFORE Ang Lee got the nod to direct this sci-fi futuristic actioner thriller, its story and the possibilities for people to direct and act in it had spent nearly two decades gestating changes that might have aborted a lesser fantasy.

Imagine that one of Uncle Sam’s super-secret security agencies once employed Henry Brogan to shoot people whom it considered a real and present danger. Henry is the absolute best at what he does. If the agency tasks him to terminate somebody, he does it without compunction. He can shoot a passenger on the high-speed TGV train from three kilometres away. Now retired, he’s happy in his little corner of rural Georgia.

But another super-secret agency is busy researching a military weapon so secret that nobody knew what it was doing. Clive Owen plays its director who believes that his agency’s work will create a disposable army of super-clones who can die in battle without bringing grief and sorrow to American homes. A worthy objective. A scientific masterpiece if it succeeds. But whom to clone?

Who else but Henry? Alive, Henry’s a threat to the project’s success. But who can take out such a talented operative? Only a clone genetically equipped with his field talents including the workings of his mind.

Will Smith plays Henry and Henry Junior. Mary Elizabeth Winstead plays Danny who’s more than just the cute office girl at the marina were Henry moors his boat. Benedict Wong plays the pilot on whom Henry used always to rely when on a job.

The action sequences are vigorous and exciting. A mother of two boys not yet in their teens were the only other people at the session when I watched and enjoyed it all. She thought that it had done the boys no harm. I agreed with her. It’s fun, if a little drawn out. Just don’t expect great intellectual or artistic merit.

Michelle Grattan - July 7, 2020
0
Morrison said they had agreed “now is the time for Victoria to isolate itself from the rest of the country. What’s different here [is] this isn’t other states closing their borders to Victoria”, writes political columnist MICHELLE GRATTAN.