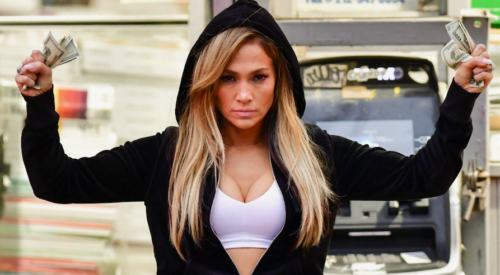 “THERE’S something extra satisfying about persuading a man who thinks you’re trash to spend his time and money on you.”

That’s what Roselyn Keo (aka Destiny, played by Constance Wu in writer/director Lorene Scafaria’s film based on journalist Jessica Pressler’s [played in the movie by Julia Stiles] story “The Hustlers at Scores”) told an America’s E! News reporter last month.

Roselyn’s/Destiny’s pithy remark encapsulates the film’s intentions which were, as always in big-budget ($US20 million) glitzy-glamorous movies, not only to get the producers’ money back, but also to tell viewers how dumb klutzes earning big money spent it on night club antics that they were afraid to tell their wives about.

Is it a good movie? That depends on individual viewers’ tastes. Its backstage depictions of the club environment will disappoint men hoping to see women’s anatomical parts normally seen only in R-rated films – blink and they’ll be covered. The women insist they were not strippers. But by golly, they did good pole-dancing.

Its depiction of women’s demeanour as they empty the wallets and credit cards of men they’ve not previously met (and probably never will meet again – those men may be foolish but not so foolish as to come back for a second try) may give women filmgoers a warm glow and a sense of triumph at the film’s reversal of gender stereotypes.

The top performers in the scam insist that they weren’t sex workers. The film occasionally implies the possibility of lesbian behaviour without making it an element of the narrative. Certainly they needed to be able to hold their liquor. And as the customs of their profession became more skilled, so too did the practice of spiking customers’ drinks with a mixture of ketamine (for forgetfulness) and MDMA (aka ecstasy, producing altered sensations, increased energy, empathy, and pleasure).

The publicity preceding the film’s arrival (it earned $US33 million in its first week and $US111 million in its first month!) makes much of the appearance of Jennifer Lopez in the principal role of Ramona, who took Destiny under her wing and taught her how to play the game.

CityNews - February 22, 2021
0
Medical researcher MARC PELLEGRINI answers questions about the covid vaccine rollout, including how side effects will be monitored.