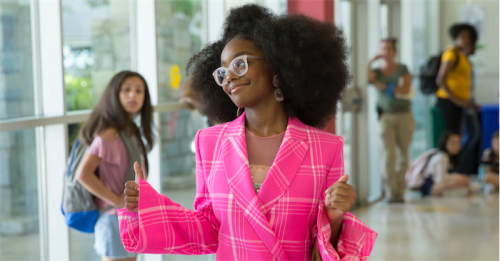 WRITER/director Tina Gordon’s film is about a bossy bitch who learned at school that the only way to get one’s own way is to be the boss.

Jordan (Regina Hall) owns a company designing apps for smartphones. Her biggest customer has just told her that unless she comes up in two days with cyberspace’s greatest social app, he’s migrating to another firm to get a fresh approach.

In a movie short on dramatic innovation, it happens that at the school where Jordan got the aforementioned advice, one kid is a bit of a magician. One wave of this child’s wand and lo and behold! Jordan’s body is reduced to what it was around puberty. Body transformation only. Still a selfish super-bitch. Child actor Marsai Martin, who plays the new body, says her ambition is to become a legend. I hope she learns to be a human before that happens.

Jordan’s personal assistant April (Issa Rae) puts up with her domineering more than any reasonable human deserves. That appears to state the only perceptible conclusion to be drawn from “Little” – if you get a job with a dreadful boss, put up with it. You mightn’t be able to find another.

“Little” might have been less intolerable if its main substance had been less unvarying. Oh, how I yearned for a character who said: “Enough is enough and I’ve had enough of you, Jordan”. None did. The film induced a high boredom in me. Not so the three adolescent girls with whom I shared the session, who told me that they found it good. What it lacks is a classification “not suitable for grown-ups”!