THE pre-release brou-ha-ha about what was called Quentin Tarantino’s ninth movie (actually, it’s his 12th) made frequent visits to all media.

That kind of persuasive campaign for any new movie makes me wonder whether its backers are unsure about how the public will receive it.  At least one of Canberra’s cinemas sent an email to the effect that people who didn’t book early mightn’t get a seat! I didn’t. But very few seats had bums on them at the session where I watched and enjoyed an intelligent, well-crafted reminiscence of once-upon-a-time Hollywood.

Tarantino’s screenplay combines fact and fantasy in telling a series of stories about events in and around Hollywood in February and August 1989. It depicts a city that has waxed fat by providing the world with brief escapes from life’s realities. It’s full of places and citizens drawn to it in hope of striking it rich. In fact, it was, and probably still is, the location of a commercial bloodbath in which the most successful are those with the moxie to do deals, fake credentials of talents and skills, fawn before the power-brokers, and curry preference with dispensers of favours.

My only experience of LA was brief, en route to a further destination. So I can’t tell you whether Tarantino’s locating of his film in suburbs as much home to its working classes as where its rich and famous party on is a reliable indicator of how living there actually feels.

But I bet it’s not far from authentic.

I enjoyed Once Upon a Time … in Hollywood’s 166 minutes. It tells about a time when TV was seeking escape from the pablum of half-hour series episodes depicting crime, comedy or family drama. Leonardo DiCaprio plays Rick, an actor who has played a bad guy hero in TV series. Brad Pitt plays Cliff, performing the risky stunts that might damage Rick, chauffeuring Rick in the Cadillac. It’s a great relationship that drives the film. Sceptics might wonder about (unstated) sexuality.

Rick fears there might not be a place for him in the renovated TV industry. He knows he hasn’t the talent to become a movie star. About two-thirds into the film, he falls on good fortune, goes to Italy, and acts in four spaghetti westerns. Shades of Clint Eastwood? Margot Robbie plays Sharon Tate, wife of Polish director Roman Polanski, a woman whose only talent was in being beautiful. When a film in which she has a supporting role is showing locally, she demands a free 75-cent ticket to watch herself. Bruce Dern plays George Spahn, owner of the movie ranch where the Manson family was hanging out. That’s one of the many links to reality with which Tarantino has besprinkled his film.

Tarantino’s style always includes a mote of stylishly-staged violence. In Once Upon a Time … in Hollywood it’s a beaut, in Rick’s house which just happens to be next door to the Polanski-Tate residence. Tarantino knows when the time has come to roll closing credits to best effect. 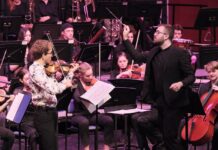 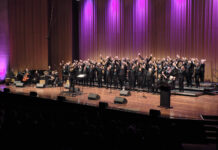 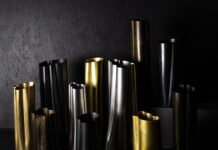 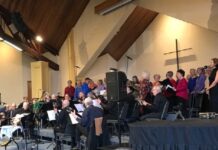 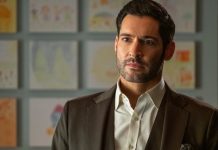 Michelle Grattan - June 15, 2021
0
UPDATE: Immigration Minister Alex Hawke has released the Biloela family from incarceration on Christmas Island but confined them to community detention in Perth while their court action proceeds.