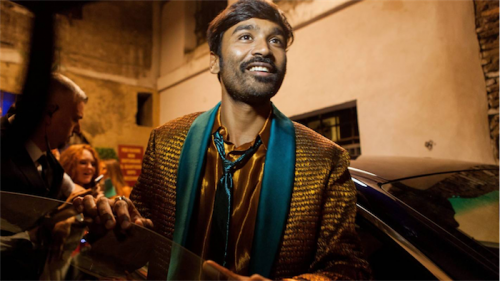 “The Extraordinary Journey of the Fakir” (M) ***

WATCHING Ken Scott’s film about the wanderings of a young man seeking his father after the death of his mother, I was struck by the similarities of the structure of Romain Puertolas and Luc Bossi’s screenplay with another story that’s generally considered to be the second-oldest extant example of Western literature.

That’s Homer’s “Odyssey”, about a man who spends a decade journeying home after the fall of Troy. In Scott’s film, the traveller is Aja (Dhanush) who has grown up on the streets of Mumbai where his mother supports him by washing at a public laundry. Aja goes to school but he’s also eager to learn from what surrounds him on the streets. As he grows into manhood, he becomes a talented fakir or magician.

Aja is telling his life’s story to three boys in the police station, giving them a lesson in how a boy like them can grow into a man like him.

The film’s main body involves live-action re-enactments of Aja’s travels. They begin when, armed with a new passport and a 100-Euro note, he flies to Paris. From there he goes to Britain where a migration official (Ben Miller) explains the facts of life before shredding passport and Euro note as forgeries and leading his colleagues in a brief song and dance number that has little relationship with the film’s plot but must have made somebody happy on the set.

From there it’s off to adventures in Europe, before back home to Mumbai. While they are entertaining in their own way, their patchwork fabric is a tad short of exciting, although pleasant enough to justify a couple of hours watching it.