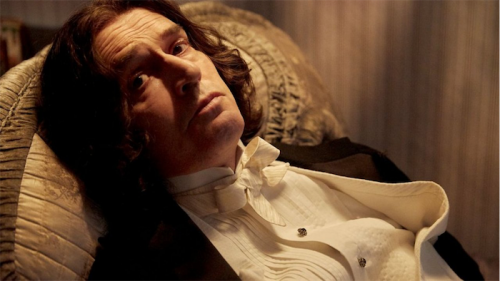 I’VE enjoyed some of Oscar Wilde’s writings (he was terrifyingly prolific) but I’ve never pored over his complete oeuvre or history. So I can’t make a valid judgement about whether the screenplay by actor and director Rupert Everett is exactly correct in its details of time, place and dramatic content.

But I took great satisfaction from Everett’s film made about the three years between Wilde’s arrival in Paris after release from prison and his death in 1900. It breathes respect for verity, events and places in the life of Wilde the man, artist, social observer, as recorded in a variety of media during those three years, his friends, associates, family, enemies.

History until recently tends to deal unfairly with Wilde’s sexuality. Everett makes no bones about his own sexuality. You might be forgiven for expecting “The Happy Prince” to be a vanity composed of his triple functions behind and before the camera. Everett’s respect for Wilde the creative genius is patently not negotiable.

A good story benefits from having a genuine villain. Enter Lord Alfred “Bosie” Douglas, more distasteful than the group of English tourists who, in the film, set upon Wilde in Paris with distasteful jibes descending into violence.

Whether that occasion actually happened I cannot say but in the film it makes a profound effect. Colin Morgan delivers Bosie’s malignant selfishness with a subtlety that does nothing to diminish its cruelty and destructiveness. Emily Watson plays Constance Wilde who bore his two sons.

And Everett’s portrayal of Wilde radiates conviction and fondness for the author as hero.

Nathan Schmidt - April 9, 2021
0
Gungahlin may be home to the ACT’s second youngest median population, but up until yesterday (April 7) the rapidly-growing suburb lacked a dedicated space for youth.