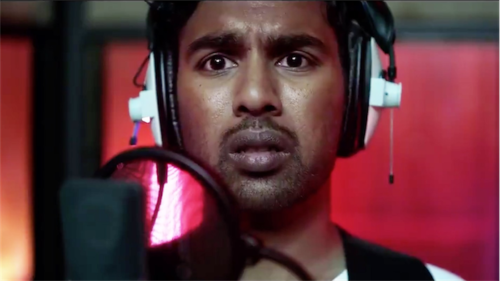 YOU are entitled to expect a good experience when Danny Boyle’s name appears on a film’s masthead as director. When Richard Curtis’ name appears on the next line in the credits as writer, expectations soar even further.

Remember the Beatles? Of course you do if you grew up during their heyday, writing and performing songs before huge audiences of (mostly shrieking) young women accompanied sometimes by boyfriends who might have felt miffed at having to play second fiddle to the Fab Four. “Yesterday” memorialises them.

Half a century since their songs stormed to the top of the charts and after a freak bus accident during a mysterious global blackout, supermarket shelf-filler Jack (Himesh Patel) wakes in Lowestoft to discover a world in which the Beatles have never existed, except for him.

Guitar-playing Jack recognises the Beatles’ inventive musicality and starts performing songs by the greatest band in history to a world that has never heard them. He becomes on overnight sensation.

Jack has a roadie to drive him around when she can get away from teaching primary school kids. Lily James portrays Ellie with restrained charm until Rocky (Joel Fry) replaces her, leaving her free to concentrate on the romantic thread of the story to the edge of happy-ever-after over which she’s at risk of tumbling when she sees Jack, in California for a fame-makeover, kissing team leader Debra (Kate McKinnon) innocently enough.

Boyle and Curtis have a much bigger fish to fry. As Jack’s success builds, claiming the Beatles’ repertoire as his own work, we await the day when he’s found out, a dramatic thread tightening as the film progresses in an edge-of-the-seat tension.

My favourite Beatles number is “Eleanor Rigby”. I was chuffed when the film made an all-too-brief visit to her headstone. I also had a warm feeling when, in a gentle coda, Jack performs a calypso number popular in the same musically-rich era.

CityNews - May 17, 2021
0
A Fisher man allegedly made up fake stories to deceive elderly people into giving him money.