AROUND the world, democracies are distrusted by a majority of their citizens – the 2018 Edelman Trust Barometer puts the figure at 80 per cent.

Australia has not proved immune to the politics of democratic malaise. Australia’s leading institutions, including government, business, NGOs and media, are among the least trusted in the world at a time when Australia has experienced 27 years of economic growth.

By 2025, if current trends continue, fewer than 10 per cent of Australians will trust their politicians and political institutions. The result will be ineffective and illegitimate government, and declining social and economic well-being. Whoever wins the 2019 federal election must address this problem as a matter of urgency.

This also creates the space for the rise of authoritarian-populist forces or other forms of independent representation. Hence the rise of populists such as Pauline Hanson and independents such as Cathy McGowan and Kerryn Phelps.

Bridging the trust divide between citizens and government is no easy task. The results of our 2018 survey reveal the connection between the Australian people and their politicians is hanging by a rather tenuous thread. What needs to be done to reverse the decline?

A reform project aimed at bridging the trust divide must be framed by recognition not only of the scale of the problem but also its complexity. There are at least four dimensions to exploring the trust divide, which suggests we are tackling a very puzzling issue.

The first is that there is no one simple explanation for what drives or undermines political trust. The research on the issue of political trust is one of the most voluminous in the social sciences – the issue has been a concern in many countries for decades.

The literature can be loosely organised around demand-side and supply-side theories of trust.

Demand-side theories focus on how much individuals trust government and democratic politics and explore the key characteristics of the citizenry. What is it about citizens, such as their educational background, class, location, country or cohort of birth, that makes them trusting or not? What are the barriers to political engagement? And what makes citizens feel that their vote could deliver value?

In general, the strongest predictors of distrust continue to be attitudinal and are connected to negativity about politics.

Demand-side interventions therefore focus on overcoming various barriers to social, economic or political participation (or well-being). So most interventions tend to focus on dealing with issues of social disadvantage through education, labour market activation, public participation, improved representation, place-based service delivery and other forms of empowerment.

Supply-side theories of trust start from the premise that public trust must in some way correspond with the trustworthiness of government. The argument is that it is the performance (supply) of government that matters most in orienting the outlooks of citizens, together with its commitment to procedural fairness and quality.

Supply-side interventions therefore seek to enhance the integrity of government and politicians, and the quality and procedural fairness of service delivery or parliamentary processes through open government or good governance. This includes transparency, accountability, public service competence and anti-corruption measures.

A second part of bridging the divide between citizens and government is that reforms that seem to provide part of the solution can sometimes make the problem worse. Offering more participation or consultation can turn into a tokenistic exercise, which generates more cynicism and negativity among citizens.

Providing performance data – the bread and butter of modern government – so that citizens can judge if promises have been kept does not always produce more trust. Rather, it can lead to government officials trying to manipulate the way citizens judge their performance. Positive data is given prominence, less helpful data sometimes hidden.

On the ground, frontline public servants and many citizens find the claims of success contrasting with their own more negative experiences. Far from promoting trust, the packaging of performance may in fact have contributed to the emergence of populism and loss of trust by citizens.

The implication of this observation is that the reform project needs to focus as much on the issues of democratic practice as the principles. Part of the ambition of the project is to establish mechanisms whereby good practice can be specified, elaborated and shared through learning. This means good practice becomes the norm rather than the exception.

A third part of the puzzle is who should be driving the push for change? In any reform movement there must be leaders of change. But are politicians the right group to lead the charge? If they are deeply implicated in the processes that led to the trust divide, can they be leaders of a more positive path forward?

It is difficult to imagine a substantial shift in political practice without politicians’ engagement. Yet the past decade has probably produced more instances of politicians trying to exploit the trust divide to garner support rather than attempts to resolve the issue.

The emergence of a populist trope – in which the hopeful politician presents themselves as the one who speaks the truth, is not part of the corrupt elite and who will get things done – in both established and challenger parties is one of the most dominant political trends of the last decade.

The reform project must therefore recognise that engagement with the increasingly isolated political class will be part of the dynamic needed for reform. But, equally, there will be a need to develop other partnerships with (among others) the public service, the media and the private and community sectors.

Above all, we need to engage citizens in the process. There can be no solution to the puzzle of political trust without their engagement.

A final and tricky part of the trust puzzle is that no-one is clear about what is the right level of trust. The twin enemies of democracy, it could be argued, are citizens who are either too cynical to engage or too naïve in providing support to the political system. What is the equilibrium point between political trust and distrust?

It’s the mix that matters

Our 2018 Trust and Democracy in Australia survey discovered a strong appetite among Australian citizens for a range of democratic reforms aimed at solving both supply-side and demand-side trust problems.

Survey respondents were asked to rate to what extent they agreed or disagreed with a number of statements on the topic of democratic reform drawn from across the political spectrum and featuring in reform programs internationally.

There was very strong support for democratic reforms that ensure greater integrity and transparency. Examples included limiting how much money can be spent on election campaigning and how much political parties and candidates can accept from donors (73 per cent).

There was also very strong support for reforms to ensure greater political accountability of MPs and political parties to their electorates and members, such as free votes in parliament (60 per cent), the right to recall local members (62 per cent) and internal party reform that emphasises community preferences (60 per cent). In addition, there was strong support for reforms that stimulate greater public participation such as the co-design of public services with citizens (71 per cent) and citizen juries (60 per cent).

The least popular democratic reforms proposed were those that had to do with quotas for demographic representation (such as by age, gender or ethnicity). When broken down by political alignment, Labor and Liberal views on reform are remarkably uniform. The greatest differences between parties on reform ideas can be found between Liberals and Nationals.

Author Mark Evans is a Professor of Governance and Director of Democracy 2025 at the University of Canberra. This article was originally published on The Conversation. 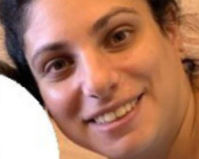