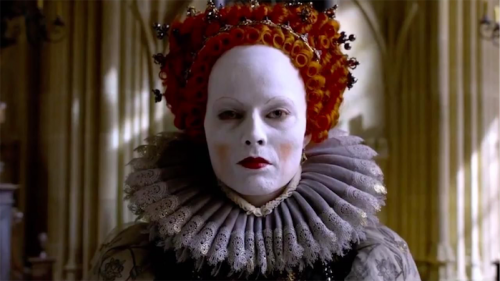 HISTORY does not record any face-to-face meeting between the Mary Queen of Scots and Queen Elizabeth I.

The daughter of Scottish king James V, Mary acceded to the Scottish throne when she was six days old and reigned for 25 years. Seventeen years later Anne Boleyn bore Elizabeth to Henry VIII.

In adapting John Guy’s book “Queen of Scots: the True Life of Mary Stuart”, screenwriter Beau Willimon has taken a liberty with historical truth. In director Josie Rourke’s feature film debut (she’s well-known for her British theatre and TV productions), the meeting between the two is a literary fiction that does no damage to truth of the fundamental story. The characters are all there and a skilled cast plays them.

Understanding which man is which might have been easier if the actors had less facial hair. I had difficulty locating Guy Pearce as Elizabeth’s spymaster William Cecil (at the time of seeing the film, I was unaware of the actor-character link). Among the rest, David Tennant plays John Knox, Joe Alwyn plays Dudley whom Elizabeth offered to Mary and Mary rejected as husband 2, Jack Lowden plays Darnley whom Mary did marry but was distressed to find in bed with her friend Rizzio.

Darnley saw himself as king, which Mary’s council doesn’t much like so arranged for Bothwell (Martin Compston) to kill him (three months later, he became Mary’s third husband). The son she bore to Darnley became James the First of England who fathered Charles I, thereby creating unwittingly gruesome bookends for James, whose mother and second son both lost their heads on the chopping block! England did regicide better than most kingdoms.

This is not the first filmic treatment of the confrontation between the two queens. Vanessa Redgrave as Mary and Glenda Jackson as Elizabeth headed a top cast in Hal Wallis’ 1971, expensive-looking UK/US co-production. Katherine Hepburn in 1935 played Mary. This one is totally UK. Comparisons are odious. And in this case difficult and unnecessary.