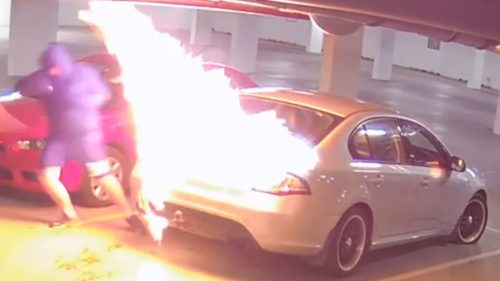 A MAN was caught on CCTV footage slashing the tyres of a car before later setting it alight in the underground carpark of a Gungahlin club earlier this year.

Before the car blaze, police received reports that a man had been assaulted by three men outside of Eastlake Gungahlin on Hinder Street, at about 11.10pm, Thursday, May 23.

Police believe the man caught setting the car on fire is also one of the men involved in the assault. They are looking to identify all three men and believe here are members of the public who know who they are.

The alleged offenders were wearing bandanas that covered their faces and dark clothes at the time of the assault. They left the scene in a white Mazda 323 hatchback, which was seen being driven around the immediate area for several hours prior to the incident.

Anyone with information that could assist police is urged to contact Crime Stoppers on 1800 333000, or via the Crime Stoppers ACT website using reference number 6399575. 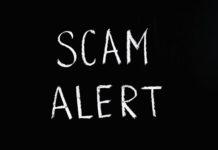 Six characters in search of Christmas