THE youth dance festival, Dance Fest, has been held at the Canberra Theatre since 1985. Now, with more than 45,000 alumni, it will present 61 performances pieces created by the young people of 39 high schools and colleges in Canberra and the immediate region. The festivals creative director, Jamie Winbank says it provides a platform for young people to have their voices heard through dance. September 11, 12 and 13. Bookings to canberratheatrecentre.com.au or 6275 2700.

“CELLO from the Heart – Masterworks for Cello & Piano” features Gillian Pereira on cello and Katherine Day on piano performing works by Bach, Beethoven, Schumann and Ginastera. Following interval, students of Katherine Day will perform in a piano studio concert. At Wesley Music Centre, 2pm, Sunday, September 15. Bookings to trybooking.com or at the door.

“THE Diamonds” is billed as “a celebration of the greatest divas of all time”, like Aretha Franklin, Whitney Houston, Tina Turner and Lady Gaga. With songs like “RESPECT” and “I Will Survive”, the show is at The Q, Queanbeyan, 8pm, Saturday, September 14. Bookings to theq.net.au or 6285 6290.

ENTERTAINERS Rhonda Burchmore and Lara Mulcahy will be in town with a hilarious show, “Partners in Crime”, celebrating great duos, including Sonny and Cher and, improbably, The Blues Brothers. At Canberra Southern Cross Club, Woden. Dinner and show at 6pm, Saturday, September 14, show only 8pm. Bookings at cscc.com.au or 6283 2700.

The National Film and Sound Archive of Australia is celebrating notable sci-fi film anniversaries with a season of retro classic films and restored prints in its Sci-Fi 79-99 season, beginning with “The Matrix: 20th Anniversary” and a Q&A. At Arc cinema, 6pm, September 14. Bookings nfsa.gov.au

THE 40-strong Sydney Welsh Choir will perform at the Australian War Memorial in the Last Post Ceremony, 3.30pm-4pm, Saturday, September 14, and then in a full concert with soprano Sarahlouise Owens, at Yarralumla Uniting Church, 2pm, Sunday, September 15. Bookings to eventbrite.com.au

THE Imperial Russian Ballet Company returns with “Swan Lake”, presented in two acts and following the original storyline where the virtues of love and forgiveness in the end conquer evil. At Canberra Theatre, 2pm, September 15, only. Bookings to canberratheatrecentre.com.au or 6275 2700.

KAREN Fitz-Gibbon will feature as the soprano soloist, and Jamie Moffatt as baritone soloist in “Midnight Sun: An Evening of Icelandic Myth and Music” where tales of the Nordic gods and sublime vocal music come together in a celebration of Icelandic culture. It will include works by T.Sigurbjornsson, D.Stefansson, Bjork and  Jonsi. At Wesley Music Centre, 7pm, Friday, September 13. Bookings to midnightsun.eitr.online or at the door

THE USA’s Emerson String Quartet is on its first Australian tour in more than 19 years. Founded in 1976, the ensemble has stacked up more than 30 recordings and countless awards. At Llewellyn Hall, 7pm, September 16. Bookings to musicaviva.com.au 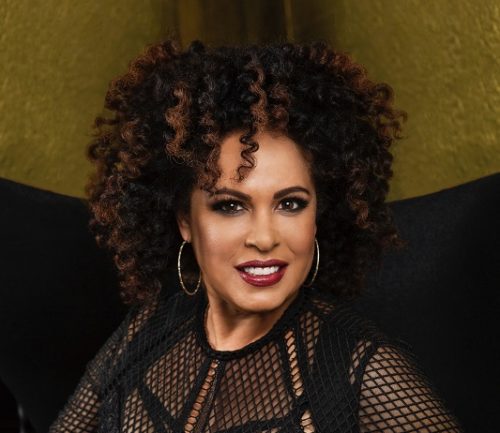 CHRISTINE Anu will be back in Canberra to celebrate the life and legacy of soul diva Aretha Franklin in her show, “Rewind – The Aretha Franklin Songbook”. She will sing “(You Make Me Feel Like) A Natural Woman”, “Bridge over Troubled Water” and her own back catalogue of hits, including “My Island Home” and “Sunshine on a Rainy Day”. At Canberra Southern Cross Club, Woden, 8pm, September 12. Bookings to cscc.com.au

KAMBRI at ANU has Ben “Frenchy” French, the teacher-turned comedian from Wollongong, back with a show full of impromptu banter, stories and crowd work. 7pm, Thursday, September 12. Tickets at the door.

MELVYN Cann conducts the Maruki Orchestra in the world premiere of “Hunter Home from the Hill”, his viola concerto for soloist John Gould, as well as Berlioz’s “Harold in Italy” and Rossini’s “Barber of Seville” overture. At Albert Hall, 3pm-5pm, Sunday, September 15. Bookings to marukicommunityorchestra.org.au or at the door.