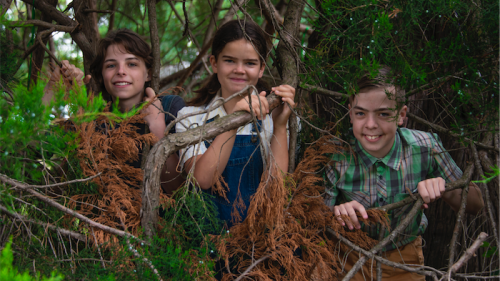 ANNE Somes makes her directorial debut for Canberra Rep with an upcoming season of “To Kill a Mockingbird”. In Christopher Sergel’s revised adaptation, Michael Sparks plays Atticus Finch, supported by three young stars in the making, Jade Breen as Scout, Jamie Boyd as Jem and Jake Keen as Dill. At Theatre 3, Acton, March 28-April 13. Book at 6257 1950 or canberrarep.org.au

CANBERRA dancer and choreographer, Jamie Winbank, has been cast in the role of Diablo in this year’s Opera on the Harbour production of “West Side Story”, running in Sydney until April 21. Book at opera.org.au

PARKINSON’S ACT and local actor musician Chrissie Shaw are launching a new choir for people in the ACT living with Parkinson’s disease. Singing, they say, helps build confidence in an enjoyable way. Sessions will be Monday mornings, 10am-noon, from April 1, Ainslie Arts Centre, Elouera Street, Braddon. Inquire at 0407 079748 or chrissieshaw@apex.net.au 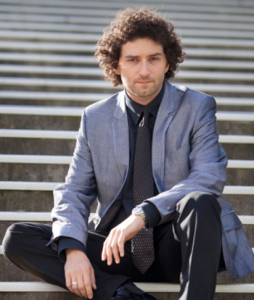 RECORDER exponent Robyn Mellor’s group BlockSounds and the ensemble Walking the Dog are embarking on an aquatic excursion in “Written on Water Music for Recorders”. At the Australian Centre for Christianity and Culture Chapel, 15 Blackall Street, Barton, 4pm, Sunday, March 31. Tickets at the door.

THE Royal Military College Band Brass Group performs a program of sacred music, with a focus on the music of the Salvation Army, for the Lunchtime Concert series at Wesley Music Centre, 20 National Circuit, Forrest, 12.40pm-1.20pm, Wednesday, March 27. Tickets at the door.

THE adults-only act, “LIFE: The Show”, a combination of circus, cabaret and acrobatics with full-frontal nudity and adult concepts, will form the basis of the latest Spiegeltent season when it descends on Civic Square, March 30-April 21. As well, featured acts will rotate, starting off with Katie Noonan and her jazz trio, Elixir, on March 31. Book at canberratheatrecentre.com.au.

MILENA Cifali (guitar and vocals) and Jim Horvath (bass and percussion) have collaborated on an album of songs, “Whose broken is this?” to be launched alongside a Ginninderra Press anthology of the same name by noted Canberra poet John Passant. At Beyond Q Books, Weston Arcade, 11 Brierly Street, Weston Creek, 4.30pm-6.30pm, Saturday, March 30. Free, but bookings advisable at 0421 208963 or milicifali@gmail.com

CityNews - October 22, 2020
0
With major sports events on this weekend (October 24-25), ACT police have urged Canberrans, who might be out drinking, to find alternative ways home or risk losing their license.