THE ALP national executive has decided on sweeping federal intervention into the crisis-ridden Victorian ALP, in the wake of revelations of the alleged “industrial scale” branch stacking and threats by now former state minister and power broker Adem Somyurek.

The intervention follows Nine’s “60 Minutes” and The Age revealing recorded conversations in which Somyurek boasted of his power over state and federal MPs, and of running massive branch stacking. He also used highly offensive language about a female colleague.

Victorian premier Daniel Andrews sacked Somyurek from his cabinet on Monday, and two other ministers, Robin Scott and Marlene Kairouz, whose staff were allegedly associated with the stacking have resigned, while denying any wrongdoing. Somyurek quit the Labor party on Monday before he was due to be expelled.

The scandal comes at the worst time for federal leader Anthony Albanese who is fighting the byelection in the Labor held seat of Eden-Monaro, which is on a margin of under 1 per cent.

Another complication for the federal party is that some of the secret recording was apparently in the electorate office of Victorian federal Labor MP Anthony Bryne, who is deputy chair of the powerful parliamentary committee on intelligence and security.

ALP national president Wayne Swan said in a statement after a national executive hook up on Tuesday night that Bracks and Macklin “will provide the national executive with recommendations on how the Victorian branch should be restructured and reconstituted so that the branch membership comprises genuine, consenting, self-funding party members”.

He said in developing their recommendations, the administrators would consult party members and affiliated unions.

“The conduct exposed in recent days is reprehensible and at odds with everything the ALP stands for,” Swan said. “The national executive takes these matters incredibly seriously.”

Andrews wrote to ALP national secretary Paul Erickson calling for profound reform of the branch, and asking for its members’ voting rights to be suspended.

“I have no confidence in the integrity of any voting rolls that are produced for any internal elections in the Victorian branch,” he said.

“Accordingly we must suspend those elections and begin a long and critical process of validating each and every member of the Labor party in Victoria as genuine, consenting and self-funded”.

All state officials and staff will have to report to Bracks and Macklin, who are appointed until January 31 next year. All committees are suspended.

All voting rights are suspended until 2023.

Bracks and Macklin will do a scoping report by the end of next month, including recommendations on integrity measures that are needed for the branch. By Novemeber 1 they are to produce a final report on the restructuring and reconstitution of the branch. 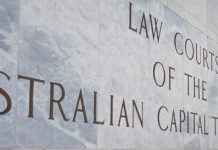 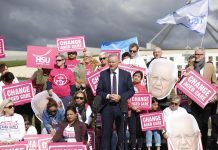 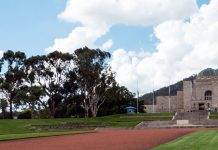 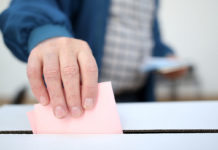 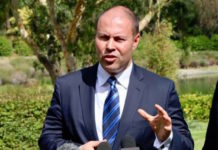 Day recognises all that midwives do

Nick Overall - May 5, 2021
0
Canberra's midwives are today (May 5) being celebrated for International Day of the Midwife, an occasion recognising the profound role midwives have in supporting mothers and families.