“Scott Morrison would quite like to be seen as the champion of a broad movement toward reconciliation, particularly if he were able to ‘wedge’ the Opposition along the way,” says “The Gadfly” columnist ROBERT MACKLIN.

LABOR leader Anthony Albanese is playing a dangerous game with his complaints about the government’s delay of the referendum for Aboriginal constitutional recognition.

If he’s not careful, PM Scott Morrison might take him seriously. That would be a disaster all round.

Something profound has changed since the presentation of the original Uluru Statement from the Heart called for a Voice, a Treaty and a “Makkarata” or Truth-telling commission in that order. The younger generation of Aboriginal activists – where a cohort of very bright, articulate Aboriginal women have taken an increasingly public role – have realised that the timing was back to front.

The “big men” guiding that original order had no taste for the massacre and poison stories that pictured their recent ancestors as primitive victims of the whitefellas’ guns. They had come a long way since then. They hated the idea that they were victims seeking recompense. They wanted to be seen as equals negotiating the right to have their 60,000 years of occupation appropriately recognised. So Voice first, Makkarata later.

It was an understandable position. But the whitefella politicians didn’t see it that way – the conservatives never would – and neither right now did a majority of the voting population. Their education had made heroes of the white explorers and pioneers. And all around them were the rich fruits of their endeavours, this Australian middle power that perennially “punches above its weight”.

Only very tentatively were a growing number discovering the true Australian history as revealed in such works as Scott Cane’s “First Footprints”, Bruce Pascoe’s “Dark Emu”, Henry Reynold’s “The Other Side of the Frontier”, Billy Griffiths’ “Deep Time Dreaming” and even – dare I say it – my own “Castaway”. They knew that the Makkarata was needed to turbocharge the process.

So behind the scenes the younger generation was reversing the call: the truth telling should come first, with the Treaty and the Voice to follow. But they also knew that the process of change would not happen overnight, so they were pretty sanguine about the Morrison delays. Even when the cause received a huge boost from the Black Lives Matter eruption in the US and around the nation, they held off demands for speedier government action.

They also knew that while Minister Ken Wyatt’s heart was in the right place, any proposal he put to the coalition cabinet would be filleted before it emerged as a referendum question. And because Labor would not want to be seen voting against any advance in the Aboriginal cause, they’d support some half-hearted proposal or be blamed for a defeat that postponed real advance to the political never-never.

Besides, they were afraid that any rush to action would mean that the consultation process with the scattered Aboriginal communities would be incomplete. And the opportunity was too precious to be rushed.

On the other hand, Scott Morrison would quite like to be seen as the champion of a broad movement toward reconciliation, particularly if he were able to “wedge” the Opposition along the way. So, if Albanese’s demands became a clarion call, he might well be tempted.

Albanese and his advisers aren’t fools. They will try to calibrate the message to keep it fresh in the electorate’s perceptions but not so urgent that the PM will chance his arm. Of course, all their finely-honed restraint will be for nought unless they actually win the next election.

But that’s another story. 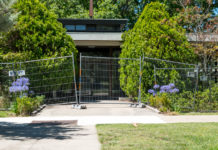 CityNews - January 25, 2021
0
The Pfizer vaccine for COVID-19 has today (January 25) been approved by the Therapeutic Goods Association (TGA) for use across Australia, scheduled to roll out across the country by late February.