AUSTRALIA’S first Prime Minister, Sir Edmund Barton, is the subject of a new retrospective exhibition at Parliament House, now open to the public.

A century after his death, the new show celebrates the life and work of “Toby” Barton, who had an enormous impact on shaping modern Australia and whose government marked the culmination of the drive to Federation for the six colonies. As well, his tenure as Australia’s first High Court judge included landmark decisions that continue to affect Australia today.

The exhibition includes loans from a range of institutions that assist in weaving together his remarkable life story.

Born in Sydney in 1849, Barton was an outstanding student, graduating with distinction in Classics at the University of Sydney, where he gained the University Medal and attained an MA. He practised as a barrister before entering the NSW Legislative Assembly, where he soon became speaker, and later attorney-general.

While he served as the first Prime Minister of Australia from 1901 to 1903, he soon resigned to become a founding member of the High Court of Australia, where he served until his death at the age of 70. For almost 17 years, he interpreted the Constitution he had helped to write.

Mostly praised as “Australia’s noblest son”, he was also dubbed “Toby Tosspot” by detractors at the “Truth” newspaper for his love of wining and dining.

The exhibition is divided thematically into five sections: his political progress captured in Bulletin cartoons; his family life and interests; his role as Federation leader and parliamentarian; his government’s legislative achievements and his judicial career.

The exhibition includes a rarely displayed photographic portrait of each individual member of the first Commonwealth Parliament. 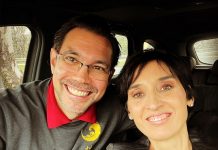 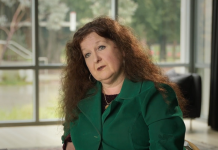 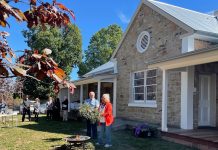