“For all their self-congratulation, the members of the so-called National Cabinet had failed to see and heed the obvious lessons from a near neighbour. No, not NZ,” writes “Gadfly” columnist ROBERT MACKLIN.

AT first, one could only empathise with Dan Andrews as the Victorian Premier announced the most strident response to the sudden Covid-19 breakout in those nine towers.

Same with the decision to “ring-fence” and lockdown Melbourne in the hope of containing it to the Victorian capital. After all, Andrews had been the most determined of all the premiers to deal with the health issue first and only then to loosen the economic bonds and return his state to the new normal.

But then, as the state and federal authorities’ attempts to isolate Victoria and the towers became ever more glaringly shambolic, a new perception bullied its way in: for all their self-congratulation, the members of the so-called National Cabinet – Andrews prominent among them – had failed to see and heed the obvious lessons from a near neighbour.

No, not NZ, but another island state equally close to our borders, the Republic of Singapore.

The parallels could hardly be more obvious – a quick initial response made them an example to the world as they flattened their curve. But Singapore’s overwhelmingly Chinese government had a blind spot: they simply didn’t notice – let alone embrace – the migrant workers from Indonesia and elsewhere living in crowded conditions and doing the menial work that put them cheek-by-jowl with the infection every day.

Australia’s blindness was twofold. It overlooked the potential disaster of the failed British experiment of the 1960s in housing the poor in ghastly tower blocks; and it failed utterly to heed the lessons from neighbouring Singapore.

The explanation is not hard to find and it goes to the heart of the Australian psyche in 2020, some 230 years since the British forced their settlement upon the great south land.

It’s a work in progress, not just to make amends for the horrors of an attempted Aboriginal genocide, but to incorporate the wisdom of their attachment to mother earth, her flora and fauna. It’s not just to engage with our neighbours in the Asia-Pacific, but to become a genuine regional citizen.

Perhaps the first tentative moves are at last being taken to embrace the First Australians, but even that is a daily struggle.

The regional venture is just as intransigent. It’s taken the growling awakening of the Chinese giant to spur Defence Minister Linda Reynolds to touch bases with a few of her equally tremulous counterparts. Otherwise, we might as well be in the middle of the Atlantic for all we engage with our regional neighbours.

The Murdoch papers and commercial TV are worse than useless. They only report disasters. The ABC is not much better; it runs hugely expensive offices in London and Washington that add nothing of value to the news and views that pour out of both in a never-ending stream. Sure, there’s Bill Birtles in China (for now) but that only highlights the paucity of content from Port Moresby, Fiji, Hanoi, Kuala Lumpur, Jakarta, Manila, New Delhi and, of course, Singapore.

Just think how long it’s been since you heard anything from any of them in the nightly bulletins. Who even knows the name of the current Prime Ministers of Malaysia or PNG? Little wonder that Singapore’s second wave was not front of mind in the National Cabinet’s planning regime.

Alas, the ties that bind us to a white, colonial past are an ancient harness of reins and blinkers. The nine steeples of Flemington cry fair warning of the obstacles looming ahead. 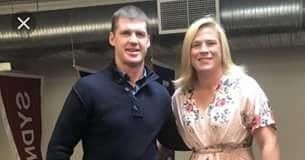 Andrew Mathieson - January 19, 2021
0
A transgender footballer has opened up about the latest online bullying she has encountered after wishing to return to the territory's top AFL competition.