BUDDING Theatre has secured the rights to the teen musical “Be More Chill”, to be staged for the first time in Canberra next year.

The 2018 Broadway hit is billed as “a rocking new sci-fi musical about growing up, high school, and what we will do to get what we want” and shows what happens when dorky teenager Jeremy discovers a supercomputer inside a tiny grey pill he swallows.

“EDGE” is an exhibition by the Marsden Art Group of painters, established in 2003 by Barbara van der Linden. It’s visiting the theme “edge” with inspirations from nature, nurture and plenty in between as part of “Create”, the Ginninderry arts program. At the Link, McClymont Way, next to Strathnairn, Holt, until September 13.

THE “Poetry on the Move Festival” is online during September, October and November, with opportunities for poets to submit work in English and other languages and also participate in free, week-long workshops hosted by poets Owen Bullock, Subhash Jaireth, Lucy Alexander and Melinda Smith. All workshops are limited to 20 participants each. Book at poetryonthemove.net

MEGALO Print Studio + Gallery is now showing its 40th anniversary exhibition, “The Return of the Archive”, featuring work from the archive, with works by 33 artists. At Megalo, Kingston, until November 30.

SEMI-finalists for the biennial Rob Guest Endowment Award have been announced and, among familiar names, are Canberra-raised actor Mitchell France and Wagga-raised performer Stephanie Wall. At $50,000, it’s the largest single musical theatre scholarship in Australia, with the second prize of $5000 and four runners-up receiving $1500 each. The endowment was created following the sudden death of musical theatre performer Rob Guest in 2008.

FROM the ashes of the Mallacoota New Year’s Eve bushfires is a timely book by singer-songwriter, guitarist and poet Milena Cifali who, along with her partner Jim Horvath, lost her home, instruments and parrots in the fires. “Mallacoota Time” will be launched at Muse in Kingston, 3pm, September 5, to be followed by a show and book signing at Artists Shed, Fyshwick, 5.30pm on September 6. Free, but bookings to artistsshed.com.au 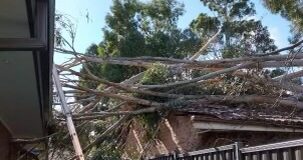