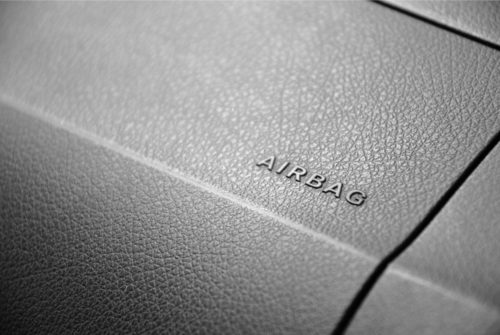 CANBERRA motorists who don’t get their car’s faulty airbags replaced are at risk of having their registration refused, suspended or cancelled, according to ACT Fair Trading commissioner David Snowden.

The risk comes after amendments to the ACT Road transport legislation, which gives Access Canberra the power to refuse, cancel or suspend the registration of vehicles subject to a compulsory or voluntary recall notice (issued or published under the Australian Consumer Law).

Mr Snowden says this change in legislation gives Access Canberra the power to take compromised vehicles off the road, such as cars with the faulty Takata airbags (including the dangerous ‘Alpha’ subset), which have been linked to fatalities and serious injuries in Australia and worldwide.

A compulsory recall of Takata “Alpha” airbags was announced in April 2018. Other subsets of the airbag, such as “Beta” are also subject to recall.

According to Mr Snowden, the airbag inflators of these faulty airbags can deploy, even in low speed accidents, sending fragments or shrapnel into the vehicle interior at high speed towards vehicle occupants.

Access Canberra has been engaging with Canberrans who have registered vehicles in the ACT with Takata airbags but there are still a small number of Canberrans with the “Alpha” airbags installed.

According to Access Canberra, the ACT has nine registered “Alpha” vehicles, with repeated attempts made to contact the vehicle owners since the recalls began.

“It’s disappointing that despite our best efforts, there are people in the ACT who continue to drive vehicles with these highly dangerous Takata Alpha airbags installed. They are putting at risk their safety and the safety of others,” Mr Snowden says.

“We are committed to the safety of road users. It’s unfortunate that we must put into place measures where we’re cancelling the registration status of compromised vehicles.

“Owners that fail to comply with compulsory recalls are not only putting their own lives in jeopardy, but that of their passengers as well.”

Motorists who are unsure if their vehicle is affected by the recall are encouraged to visit the Federal Chamber of Automotive Industries website at ismyairbagsafe.com.au.

Ian Meikle - March 30, 2020
0
Po-faced pollies, the viral bus to Kambah, a wriggling health minister and the Doona Guy of Mitchell, it's all in "Seven Days" with IAN MEIKLE.