CREPE myrtles are now in flower, ranging in colour from purple to white and pink.

As the old bark sheds, it reveals the lovely pink and cinnamon tones of the mottled new bark, and the leaves provide rich colouring in autumn.

This long-flowering shrub, Lagerstroemia indica, flowers from summer to autumn and originates from India [hence indica] to China and Japan. It was first introduced to the west in 1759. The ‘crepe’ in the name refers to its crinkled petals. In the USA it’s spelled ‘crape’, and in southern states it has become almost naturalised due to its hardiness and drought tolerance.

L. indica remained the only known variety until Dr John Creech from the US National Arboretum introduced Lagerstroemia fauriei from Japan in 1950. Together with Dr Donald Egolf, they started an extensive breeding programme crossing these two crepe myrtle varieties, creating a large number of new selections. L. indica had an inherent problem with mildew not evident in the new varieties. Many of the new cultivars are known as the “Indian Summer” range, named after North American native Indian tribes. For example L. indica x L. fauriei “Sioux”, growing to 4.5m x 3m with hot pink flowers growing on the new season’s wood. Both originals are readily available.

As a reminder to those who may have a mildew problem with the earlier varieties, this old-fashioned method still works – and on other shrubs and veggies, too. Mix one part full-cream milk (none of this lite stuff) with eight-parts water. Spray on and under the leaves in the evening or early morning.

Winter is the ideal time for a prune, and much like the English “Chelsea Chop”, the Americans refer to this as the “crape murder”. I recommend you take it easy and give the shrubs a relatively light trim, say cutting back by about 30cm. Crepe myrtles make excellent street trees, as evident along Monaro Crescent in Queanbeyan.

I’M still receiving depressing stories between hail damage and the drought. However, to raise a smile, here are two stories about couch grass. Although it’s listed among the top 10 weeds in the world, some folk love a couch lawn despite it dying back in our frosty winters. It’s used extensively for lawn tennis courts for its toughness, and equally so for croquet lawns.

The first story about couch grass is taken from the collector’s edition of the “Open Road” celebrating 100 years of the NRMA (1920-2020), quoting a member writing in 1955:

“Recently the front of my car was smothered with squashed grasshoppers and they [took] some getting off. My local NRMA garage suggested a remedy. Fill a saucepan with couch grass and add water, boil for about half an hour. When it’s cold, use the grass and liquid to rub the grasshoppers off; it is very effective.”

The next couch grass story from “Country Life” magazine (UK) goes back to November 1918:

“There was a doctor living in Cheltenham who sent an old lady with a bad leg to an aunt of mine. Strict instructions for her to stay in bed for six weeks and partake of only milk and tea made of couch grass roots. A lotion was made using the same, plus adding a little alum applied to the bad leg. The result was that the old lady lived to nearly 90 and her leg never troubled her again!”

The doctor said if the medicinal value of couch grass was more widely known, it would be cultivated rather than being looked upon as a weed. So maybe we should treat it with greater respect. 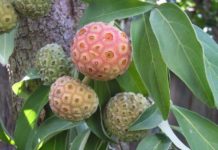 Michelle Grattan - March 28, 2020
0
Hotel quarantine for returning Aussies and 'hibernation' assistance for businesses is the latest in the COVID:19 battle reports MICHELLE GRATTAN.