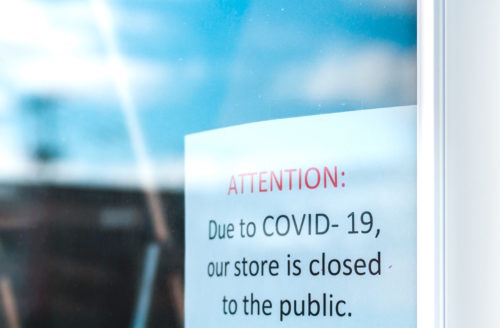 THERE’S been improvement in labour market outcomes between May and late June but the number of Australians actively looking for work has declined, according to new ANU data.

The analysis, which builds on a first-of-its kind longitudinal study of people’s activities and wellbeing before and after the COVID-19 crisis, also shows work hours still being below pre-COVID levels.

During the study participants were asked what type of paid and unpaid work they had done in the past week, including employment, education and caring.

The results show between February and May there was a significant drop in the number of people who reported having paid work, from 62 per cent to just over 57 per cent. A follow-up survey in late June and early July showed improvements in employment and an increase in average hours worked across the sample of a little over one hour per week.

Co-author Prof Nick Biddle says while these figures line up very closely with official labour market statistics from the Australian Bureau of Statistics, there are some new and surprising results.

“There was not a significant increase in the number of people who said they were unemployed and actively looking for work,” Prof Biddle says.

“But there was a large increase in the number of people who said they were unemployed but not actively looking for work.

“This fits with the idea of ‘discouraged workers’ – those who want to work but think there are not any suitable jobs available.”

The researchers say the pandemic has not affected all workers equally, with women impacted in quite different ways to men.

“Females who stopped working were almost three times as likely to have taken on caring and housework roles, and were also more likely to have stopped looking for work,” Prof Biddle says.

“Males, on the other hand, appear to be slightly more likely to have moved into educational or home schooling roles, and are far more likely to be still actively seeking work.”

Some occupations have also been harder hit by the shutdown than others.

“In terms of percentage of people who kept their employment, the largest decline was among community and personal service workers, with only 72.9 per cent still employed in May 2020,” co-author Prof Matthew Gray says.

Labourers and tradespeople were also high on the list of those negatively impacted. The smallest decline in hours was for sales and clerical and administration staff.

“Unfortunately the industries that have fared worse tend to be those that employ young Australians, those who were born overseas, and those who speak a language other than English,” Prof Biddle says.

The study also shows the uncertain work situation is having an impact on Australian’s wellbeing.

“These changes to the labour market have been more rapid and far reaching than almost any time in Australia’s history, so they’re also having an impact on people’s mental health and wellbeing,” Prof Biddle says.

“We know those who’ve lost their jobs reported a much lower level of life satisfaction.

The study forms part of the ANU Centre for Social Research and Methods COVID-19 monitoring program and is primarily based on the May 2020 ANUpoll, which collected information from 3249 respondents from across Australia. The research is funded by the Australian Institute of Health and Welfare.