After a devastating holiday period, Braddon’s Mercure Canberra is calling on locals to have a staycation at one of the ACT’s most historic hotels. This is a sponsored post.

AFTER the Canberra region suffered a devastating holiday period, Braddon’s Mercure Canberra is calling on locals to have a staycation at one of the ACT’s most historic hotels, says Tenele Conway, the hotel’s director of sales and marketing.

With a heritage old-world charm that creates a relaxing home away from home (even for locals), Tenele says Canberrans can now take the holiday they missed over the break.

“It’s been difficult to have a proper break, so a staycation in a local hotel not only gives a change of scene and a chance to rest but also helps support local businesses,” she says.

“As Canberrans we need to be thinking about bushfire recovery on a local level.

“With non-existent inbound summer tourism, the economy has taken a big hit and we can help by spending our holiday money at home.”

A staycation can create a new appreciation for Canberra, Tenele says, with the chance to rediscover restaurants, attractions, events and local treasures.

“From the Mercure, it’s a 600m walk to the Australian War Memorial, and for those wanting to explore or get out in the fresh air, Mount Ainslie is across the road and visitors can walk up to see kangaroos and expansive views across Canberra,” says Tenele.

“We’re a 10-minute walk to the Canberra Centre and close to Braddon’s coffee shops, boutique stores and restaurants.”

There’s a lot going on, according to Tenele, who says the hotel isn’t far from the National Museum of Australia and the National Gallery of Australia, which has world-class art exhibitions. And, there’s the 19ha National Zoo and Aquarium, too.

“It’s time to get reacquainted with the attractions we have on our doorstep,” she says.

As part of that, why not stay in a unique hotel that provides a taste of what Canberra was like in the 1920s, Tenele says.

“Canberrans can treat themselves to a weekend away on their doorstep, with a touch of luxury and vintage charm,” she says.

“The Mercure has all the elegance of early federation architecture combined with modern facilities and wonderful staff who help visitors feel completely spoiled.”

It opened as the Hotel Ainslie in 1927 and was a major part of the early development of north Canberra, Tenele says.

Tenele says the hotel was extended in the mid-‘80s, adding extra wings that look like they were always part of the original building.

“It was extensively refurbished and upgraded in 2018, with the entrance and foyer preserved much as it has always been.”

With two restaurants on-site, one being Olims Bar and Bistro, Tenele says the hotel is frequented by locals as much as hotel guests and has been a lively place over the years.

“It’s been the centre of social gatherings, chic cocktail parties in the 1950s, live music from well-known artists like Kamahl and Little Pattie, weddings, parties and dancing into the early hours,” says Tenele.

During World War II, Tenele says the hotel was used as accommodation for public servants, particularly females, who were playing a crucial role in the workforce at the time.

And, the Mercure is still an integral part of the Canberra community, according to Tenele, who says it’s popular with veterans, particularly on ANZAC Day, and also hosts the Canberra Craft Beer and Cider Festival and the “Warm Soup, Cool Jazz” event in winter.

“Many guests have fond memories of spending time here,” she says.

“You can even bring the family pet, in our specially-designed, pet-friendly rooms.

“The hotel offers a rare insight into Canberra’s early days, in a heritage-listed building that makes a great central base for a holiday at home.” 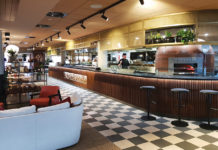 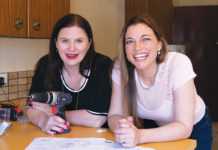 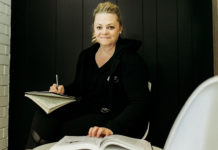 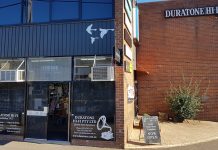 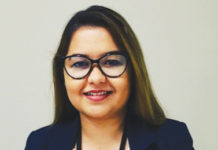