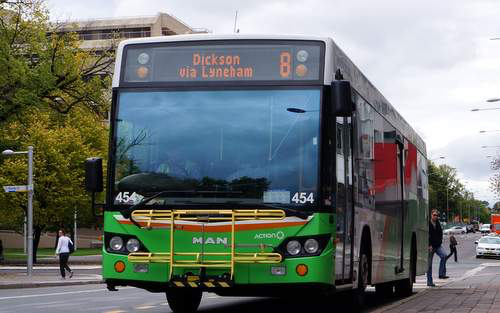 A CANBERRA Liberals government promises to halve travel times for many commuters with new "Xpresso" bus routes that will connect suburbs and town centres.

As part of their pledge, the party says it will expand the bus fleet with an additional 19 new growth buses to service the new Xpresso and cross-city direct services.

The entire package, they say, will cost about $59 million.

A Canberra Liberals government also promises to bring back dedicated school buses to get kids to and from school safely and deliver dedicated commuter car parks.

“Our comprehensive transport plan will reduce cost of living pressures, save commuters time, and give parents greater peace of mind about the safety of their children on the bus network,” Mr Coe says.

“There are too many Canberrans who want to use our public transport system but are unable to because of the unreliability and ineffectiveness of the network.

“By ensuring a fast, reliable and family-friendly transport system, we can put downward pressure on cost of living pressures and ensure people can spend more time doing the things that matter.”

Liberals transport spokesperson Candice Burch says the Canberra Liberals will also trial after dark drop-offs allowing passengers travelling alone after dark to request that the driver set them down between stops along the route where safe to do so.

“This will encourage more women and vulnerable people to use public transport after dark by allowing them to get off a bus closer to home,” Miss Burch says.

By lowering taxes to stop the flow of people leaving Canberra, Mr Coe says the Liberals will be able to afford these initiatives.

One Response to Liberals promise to fast-track bus services

I have a simple lower cost solution to fix Canberra's public transport (buses) system. Contract it out to Brisbane City Council. They run a magnificent bus system seven days a week. They should also be responsible for designing the road systems for buses. As examples, there are traffic hotspots in Brisbane in peak hour where cars might require two or three changes of lights to get through, but the BCC has built little busways which ensure the buses get through on one change of lights. They have also built long dedicated busways such as the one following the motorway south where they have built busways under and around the side of the motorway and have avoided all the land acquisition costs and allowed a very efficient joining and leaving the dedicated busways at various points.