RECENTLY re-signed Cavalry manager of the Canberra Cavalry, Keith Ward, has agreed to an additional two seasons with the Canberra baseball side, in a bid to bring the club its first championship since 2013.

Ward is responsible for leading the Canberra Cavalry to a championship series and three semi-final appearances in the space of four seasons.

“Being born and bred in Canberra automatically makes it special,” Ward said, stressing the importance of consistency in the coaching personnel in building the club culture for players to buy into.

“As a team, we are known league wide for our culture and team chemistry. The players and I have great relationships, we understand each other, we work hard, and we support each other,” said Ward.

Nonetheless, he explained, some doubt remained around what the Cavs’ roster would look like going into the season.

“At this point in time there is a level of uncertainty due to COVID-19, however, we have our core group of Australian players returning, along with key imports Zach Wilson and Tucker Nathans,” Ward said.

The 2020/21 Australian Baseball League season will kick off in mid to late November, with the full schedule expected to be released in late August. 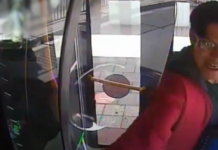