Morrison said they had agreed “now is the time for Victoria to isolate itself from the rest of the country. What’s different here [is] this isn’t other states closing their borders to Victoria”, writes political columnist MICHELLE GRATTAN.

But on Monday, Morrison was forced to change course, agreeing, in a hook up with premiers Daniel Andrews and Gladys Berejiklian that the Victorian-NSW border should be closed.

In a somewhat Jesuitical distinction, Morrison said they had agreed “now is the time for Victoria to isolate itself from the rest of the country. What’s different here [is] this isn’t other states closing their borders to Victoria”.

Deputy Chief Medical Officer Michael Kidd said later “the Commonwealth accepts the need for this action in response to containing spread of the virus”.

But, Kidd said, the Australian Health Protection Principal Committee – the federal-state health advisory body so often invoked by Morrison – “was not involved in that decision”.

“The AHPCC does not provide advice on border closures,” Kidd added.

Borders have always been a strictly state matter.

Even during the high stage of the pandemic, NSW and Victoria kept their border open, unlike Queensland, South Australia, Western Australia and Tasmania.

Monday’s decision to close the border from Tuesday night underlines that we are staring at a dangerous new phase in the evolution of the COVID crisis.

The latest Victorian tally of 127 new cases was a record for the state. Kidd said: “The situation in Melbourne has come as a jolt, not just for the people of Melbourne but people right across Australia who may have thought that this was all behind us. It is not.

“The outbreak in Victoria is a national issue. We are all at risk from a resurgence of COVID-19.”

If the Victorian situation can’t be brought under control quickly – and conditions in Melbourne are complicated, even chaotic – the country could face a new bleak outlook on the health front, with a substantial risk of the virus ticking up elsewhere, regardless of other states keeping out Victorians, and an even deeper than anticipated recession.

Borders have been a source of division among governments from early on.

In particular Queensland premier Annastacia Palaszczuk – now reopening her state’s borders from this Friday though excluding Victorians – found herself under attack from the federal government and also from NSW.

As well, both Queensland and WA face challenges from Clive Palmer in the High Court over the constitutionality of their border closures. There’s also another case being brought by Queensland tourism operators.

The High Court has sent the three cases to the federal court to look at certain aspects. The WA matter will be before that court on July 13 and 14.

The constitution provides for free trade and intercourse between the states. The key issue is “proportionality” – whether keeping a border closed is reasonable on health grounds at a particular point of time.

The Morrison government, consistent with the Prime Minister’s argument from the get go, is intervening in the cases to argue the borders should have been opened.

WA premier Mark McGowan on Monday was quick to use the Victorian development to call on Morrison to pull out, saying that in light of the Victoria-NSW closure “I’ve asked the Prime Minister to formally withdraw [federal government] support from Clive Palmer’s High Court challenge.

“It does not make sense for the federal government to be supporting a border closure between NSW and Victoria but on the other hand challenging Western Australia’s border in the High Court.

“Quite frankly, the legal challenge, and especially the Commonwealth involvement in it, has now become completely ridiculous.”

But the federal government is refusing to take a step back.

Attorney-General Christian Porter noted the challenges were not being brought by the Commonwealth, and said it was the right of any citizen to take legal action if they believed “their basic rights of freedom of interstate movement are being disproportionately taken from them”.

“The Commonwealth has intervened to put evidence and views on the situation … the Court would normally expect the Commonwealth to be involved, given the importance of the issues raised.”

Porter said the Commonwealth’s intervention was to provide its view on whether, constitutionally, border closures were permitted in certain circumstances and not others.

“Clearly the courts will be required to consider whether, in determining these specific cases, border restrictions were proportionate to the health crisis at specific points in time as Australia dealt with the immediate and longer-term impact of the COVID-19 pandemic.

“The Court would expect to hear from the Commonwealth on those types of significant constitutional questions.”

Whatever the legal logic, to be endorsing the Victorian closure but arguing against other states’ abundant caution may be a complicated proposition to defend in the court of public opinion. 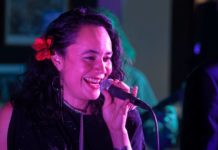 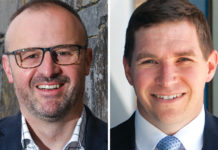 Helen Musa - July 30, 2020
0
The Queanbeyan Players have confirmed three classic shows for 2021, all to be staged at The Q, writes arts editor HELEN MUSA.