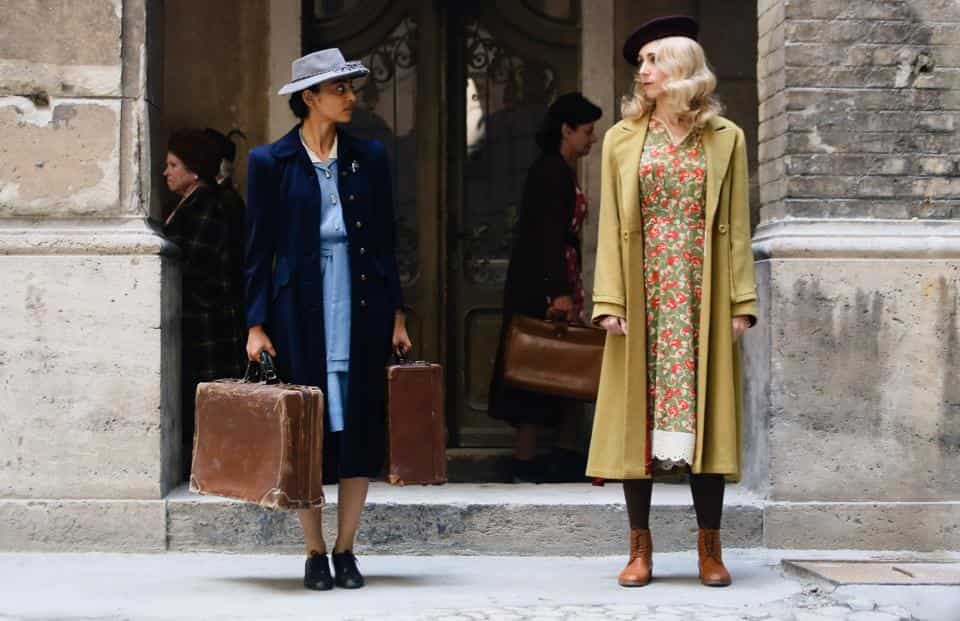 One was Virginia Hall (an American journalist fluent in French and with a wooden leg) played by Sarah Megan Thomas (who also wrote the screenplay.)  The other was Noor Inayat Khan (Rhadika Apte), daughter of an Indian father and an American mother.

Between 1941 and 1944, from a London office, F Section under Col. Maurice Buckmaster (Linus Roache) placed 366 agents in Nazi-occupied France and set up nearly 50 networks.  Their task was to carry out sabotage, collect information about the enemy, and provide money and equipment for the French resistance.

There’s a lot of information about Buckmaster (who published two books about his wartime experiences) and his secretary WRAF Squadron Officer Vera Atkins (Stana Katic) who recruited Hall and Khan. I watched “A Call To Spy” with some knowledge of both those gallant women’s careers. In telling their stories, the film gets in close to action and environment.

I knew how it was going to end. Be ready for a cinematic moment fictionally depicting a real event, one of a dozen committed by Nazi agencies against women. Staged without excess or exploitation, the moment is more than merely tough to watch. Having waited for it, I could not restrain tears.

Danielle Nohra - January 13, 2021
0
CLIMBING on to the roof as a child in rainy, cloudy north-east England, Anna Moore would look up at the sky and, even as a four-year-old, know she would get into a career that involves space.