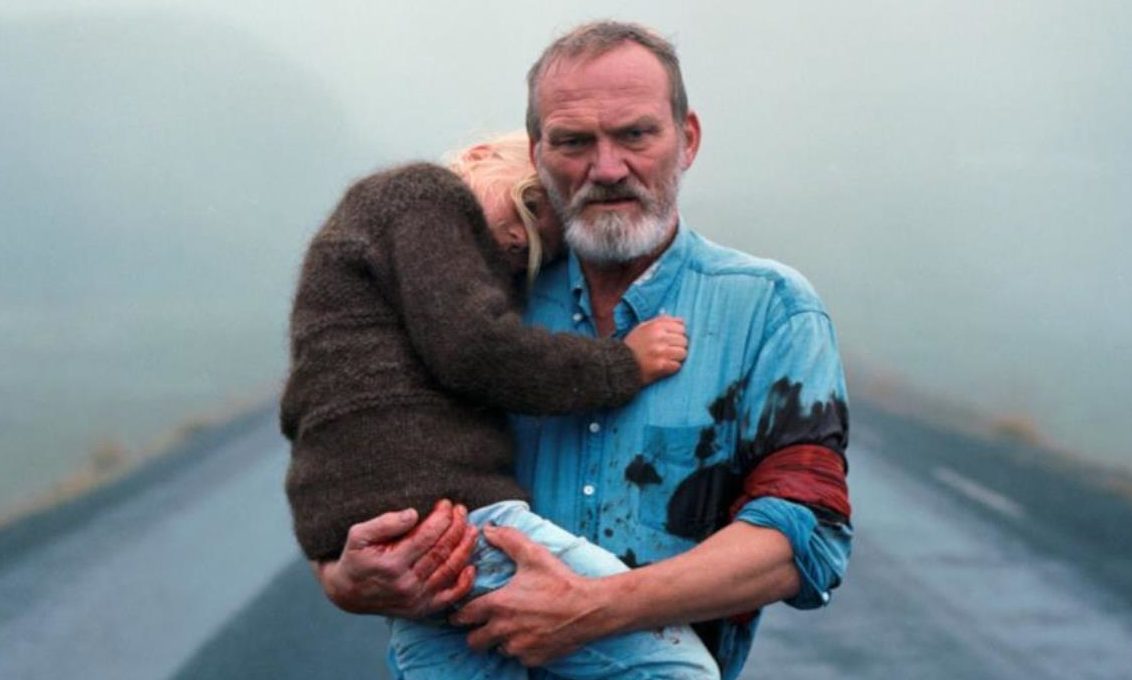 AUSTRALIANS don’t see many films from Iceland. The few that we have seen can be counted on one hand’s fingers.

That’s unfortunate, because Iceland’s film industry is remarkably productive, as Wikipedia’s list attests. The one I best remember is “Rams” – great cinema.

Its fresh dramatic line doesn’t conform to the structural cliches to which mainstream movies defer. Not one of its delicate and beautiful images is superfluous (a string of what looks like repetitions of the same thing is, in fact, exactly the same as every other – minute differences carry their own message).

Its characters are played with unyielding intensity by a cast clearly in tune with what it’s telling us. Every instant in its 109 minutes tells us something that we need to know, whether of crucial dramatic import, some event of passing interest, of surprise, above all, of palpable honesty.

Ingimundur (Ingvar Sigurdsson) has retired as a detective at a remote police station. He’s renovating the house. His closest companion is his eight-year-old granddaughter Salka. He plays football. He goes fishing with her.

He’s seeing a shrink to help him deal with his wife’s recent death in a road crash. The locals, while supportive, lead their own lives. Then his daughter Elin, Salka’s mother, delivers a carton of her mother’s things. And his detective’s mind is alarmed to find that it contains a strong suggestion that she had been seeing a lover.

“A White, White Day” left me with a short mental list of its elements that I particularly want to put before you. Foremost of them is Ída Mekkín Hlynsdóttir’s playing of Salka. It’s powerful, wonderful, fragile.

Then there’s its collection of visual moments betokening some very sharp camera work. It’s clear that no stunt doubles performed its uncomfortable or risky moments. It presents some powerful homages to the beauty of the naked human body – male as well as female.

Its interactions between people cover the full gamut of possibilities – you’ve never seen anything as equally comical and scary as the confrontation between Ingimundur and his wife’s sexual diversion Bjossi (Sigurður Sigurjónsson).

I leave you in Iceland with a strong recommendation – “A White, White Day” offers rewards to amaze and delight.