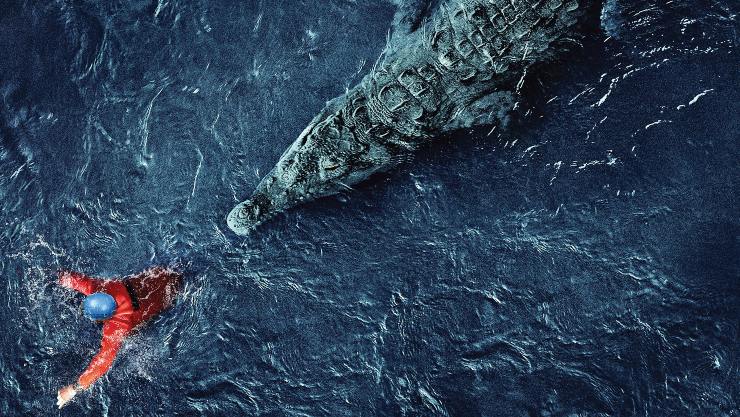 IN 2007, Andrew Traucki and David Nerlich co-wrote and co-directed “Black Water”, in which a crocodile stalks a group of young adults from down south on a fishing trip on a North Queensland river.

It had slight successes in the awards game. It never came here.

In 2020, Andrew Traucki directed “Black Water: Abyss”, from a screenplay by John Ridley and Sarah Smith. It’s about a crocodile that stalks four young adults from down south who travel to North Queensland for a bushwalk.

Jean-Baptiste Alphonse Karr’s epigram in the January 1849 issue of his journal Les Guêpes (“The Wasps”) – “plus ça change, plus c’est la même chose” (the more things change, the more they stay the same) – comes to mind.

“Black Water: Abyss” begins with two young Japanese bushwalkers in North Queensland arguing about which direction is the right direction. They separate. She panics. She follows him. Bye bye.

A couple of days later, the four youngsters join up with a local and head north in a rented 4WD. The local bloke reckons he knows about an underground cave system.

Before long, the quintet is exploring an underground river that comes out into a large cavern. What happens next is not hard to guess.

And it doesn’t take long for members of the group, one by one, to fall victim to a crocodile. At this point, while I was expecting to see something of that sort, my natural history knowledge kicked in to remind me about crocodiles.

It’s more than the opening lines of a once popular song:

Never smile at a crocodile

Never tip your hat and stop to talk a while.

Don’t be taken in by his friendly grin.

He’s imagining how well you’ll fit within his skin.

In North Queensland and PNG, I’ve seen quite a few real crocodiles, in the wild, at a farm. They’re best when served in a curry.

Traucki’s film doesn’t need great acting and doesn’t get it. Advance publicity has coupled the word “horror” with it. Horror has numerous derivative words, none of which can be truthfully applied to it. Its best ingredient is the aerial shots of North Queensland and its rainforests.

CityNews - September 25, 2020
0
Thirty commercial premises have been robbed in less than a month, according to ACT police, who have had to bring in members from every Canberra police station for an ACT-wide investigation.