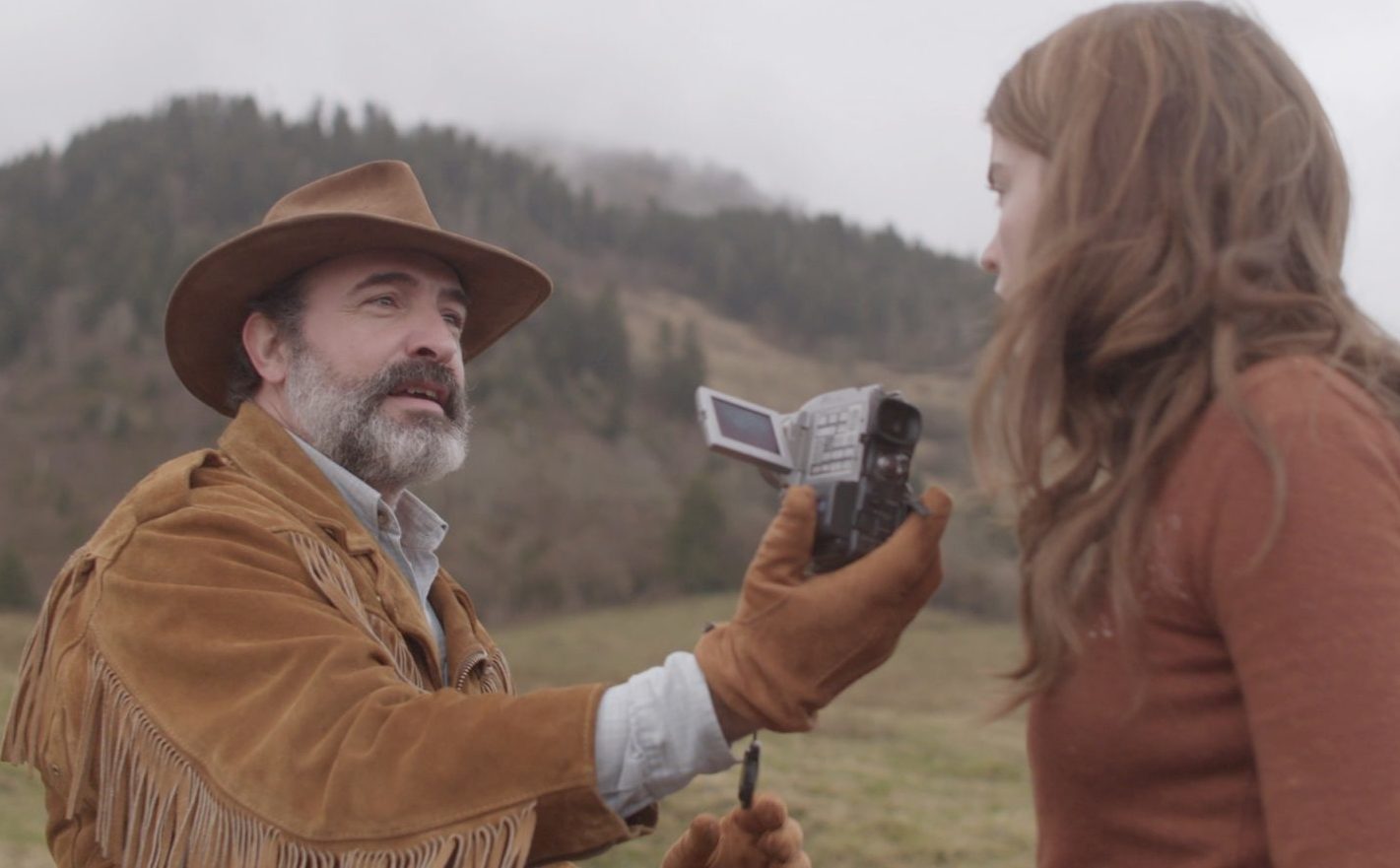 IS it a thriller? A psychological drama? A black comedy? A story of obsession? A fantasy escape from every restraint that human morality can devise?

Writer/director Quentin Dupieux’s brief (77 minutes) film is all of these and a little more. Since its release last year, it has collected nominations to a short collection of awards, as it rightly merits, but no wins.

On the day he gets out of prison, Georges (Jean Dujardin) declares that he never again wants to wear a jacket.

That changes when he sees and buys a deerskin jacket made in American woodsman style and gets a small video camera as a gift. He meets barmaid and would-be film editor Denise (Adèle Haenel) who may not be the sharpest pencil in anybody’s box but never mind, she has the gear and doesn’t ask embarrassing questions.

Georges becomes obsessed with using the gift camera to make a film, without a script, without a crew. He takes to consulting the jacket about what he should do next.

He and Denise travel about France’s Pyrénnées-Atlantiques looking for stuff to film. In the process, he finds that a blade from a motel’s ceiling fan makes a fine tool for severing human heads. Whose heads? Many people are dying to be in his movie.

This simple and somewhat terrifying raison d’être takes over Quentin Dupieux’s film and might make any fair-minded filmgoer wonder when Georges’ escalating body count is going to bump into retribution.

And why sequences that should make us shudder should, almost against our wills, also make us at least smile if not giggle on the way to a brief sequence involving a character we met earlier and of whom we thought we had seen the last. Roll closing credits.

CityNews - September 24, 2020
0
Frontline healthcare workers and aged and disability carers should be the first to receive a COVID-19 vaccine, according to new research from ANU.