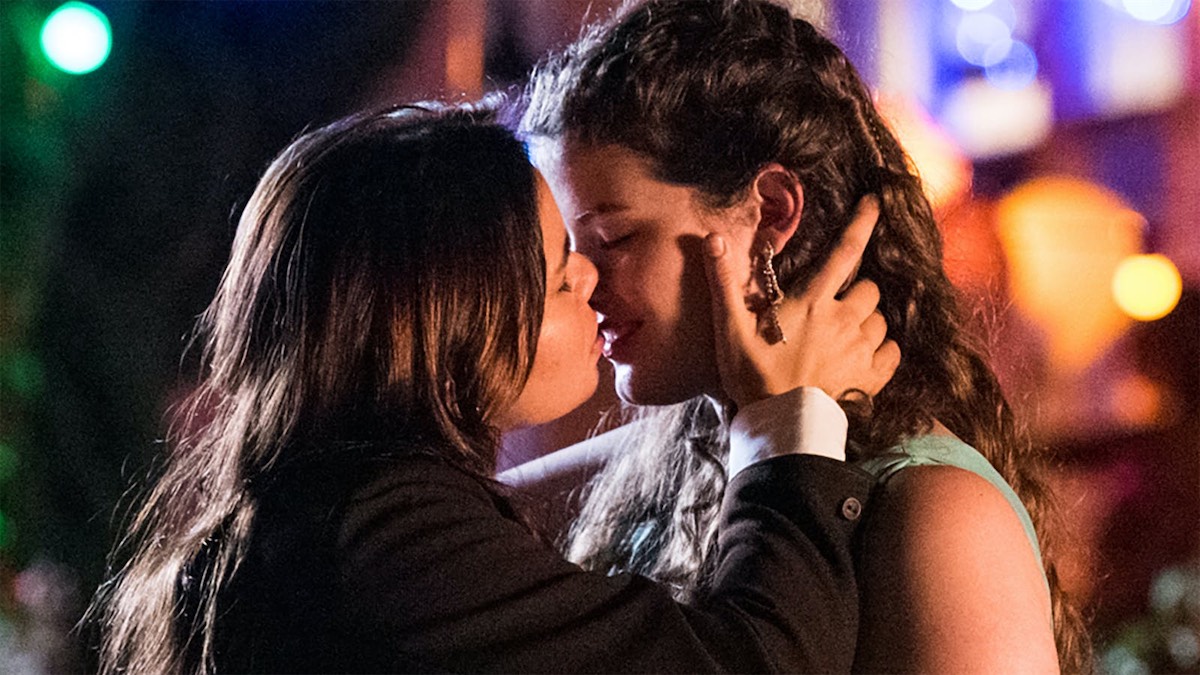 I’M uncertain whether I, a straight male, am an appropriate person to review writer/director Monica Zanetti’s first feature, which is about a teenage girl who somehow knows that she is lesbian but is scared to come out.

I assume that Ms Zanetti, if she is not lesbian, has lesbian friends. Her film’s five main women characters, who all are, have been or feel they are, actively lesbian, behave as the screenplay dictates.

I wish that I could tell you that the film illuminates and explains the inner emotions, thoughts and yearnings driving the characters. But it doesn’t. That opacity rather reduces its potential value for young women.

Seventeen-year-old Ellie (Sophie Hawkshaw), a talented scholar in her final year of high school, lives with her mum Erica (Marta Dusseldorp) whose close chum (Rachel House) is comfortable about being lesbian.

Ellie is trying to find courage enough to ask Abbie (Zoe Terakes) to accompany her to the school formal. The screenplay hovers around that problem for much of its time. The fifth principal female character is Tara (Julia Billington), a fiery lesbian activist in the 1980s, whose ghost appears at crucial moments to give Ellie sage advice.

Those five women all give fine performances. Where the film’s shortcomings become apparent is in the recording of its talking, moving images. The sound isn’t always as clear as it should be. In contrast with, yet because of, the underlying difficulties and shortcomings I’ve already mentioned, the objective of the plot quickly becomes transparent but unconvincing. And its resolution is a bit awkward – Abbie turns up at the formal wearing jodhpurs and riding boots!

Of three lesbian friends in my life, two are by their own account what you might call bi-sexual with lesbian bias. The third definitely isn’t. I respect their and all their sisters’ sexual preferences and proclivities. But I can never hope to understand the feelings underpinning their daily lives.