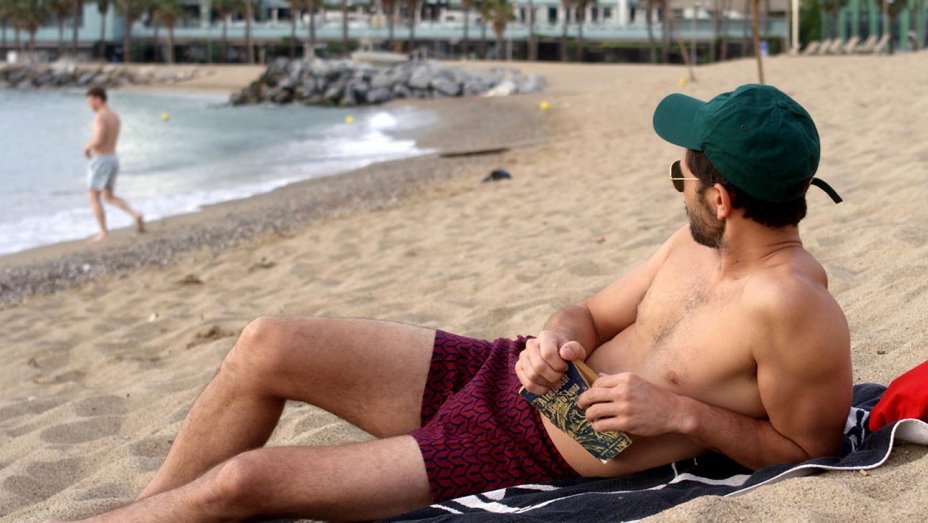 WRITER/director Lucio Castro’s film may have been shot in Argentina but its story unfolds in Barcelona, where Ocho (Juan Barberini) realises that the handsome fellow he has invited up to his apartment for sexual dalliance had, 20 years previously, been his lover Javi (Ramon Puvil).

Full-on movies about men who love men are not common and those released for cinema screening have in the main stopped short of showing the real thing. This one shows only a small number of quick appearances of men’s equipment for giving and receiving emotion-free sexual pleasure with other men.

Castro structures the plot with conversations in now time and 20 years ago. There may have been love as well as sex when Ocho and Javi were young. In present time sequences, love has departed. Javi’s marriage with Sonia (Mia Maestro) didn’t work out despite a child and in any case wasn’t going to.

Written on the wall of a male public toilet: “My mother made me a homosexual”. Next day, scrawled underneath: “If I supply the wool, will she make me one?” As the predominantly (but not exclusively) male audience was leaving the cinema, I spoke with two men, one of whom during the conversation knew my name from the pages of “CityNews”. They don’t live together. They have been in a relationship for four decades. I was disappointed that neither man could describe to me the sensations, emotional or physical, that he first felt drawing him in the homosexual direction. They both enjoyed my joke.

I don’t know how well gay men might relate to “End of the Century”. As cinema, it’s slow, wordy, honest in its attempt to explain it. Medical science cannot explain it. Neither does the film. It just is. I hope that well-intentioned straight men would be unlikely to find it unpalatable.

And in this age of toleration, “End of the Century” is silent about women who love women, about which numerous movies have been made.

Belinda Strahorn - January 19, 2021
0
For the first time, a public memorial service will take place to honour the seven people killed in the Woden floods of 1971.

Don’t assume when it comes to the heart, says doctor