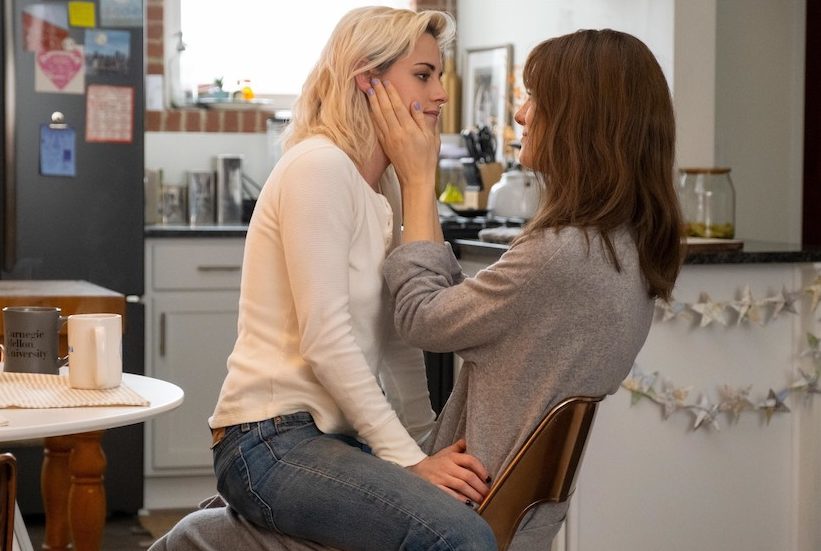 THE IMDb says that writer/director Clea DuVall claims that “Happiest Season” is autobiographical.

Billed as a rom-com with a Christmas flavour, its plot unfolds among a middle-class family with three daughters. The oldest, Harper (Mackenzie Davis), has moved away from the town where her father (Victor Garber) has mayoral ambitions.

Harper and Abby (Kristen Stewart) have happily been living in a loving lesbian relationship. Harper is taking Abby home to meet her family. But Harper hasn’t told her parents the truth about her and Abby. That little omission is the foundation of the plot. Because Harper and Abby want to marry.

The welcome that Harper’s mother Tipper (Mary Steenburgen) extends toward Abby is the drama’s overpowering stumbling block. She runs the family with a hand that, if not exactly made of iron, nevertheless has made rules and routines that must be obeyed. For the lovers, this is a five-day burden that must be borne. Because Harper is a bit of a coward.

Few things in movies are as precious as the bloomin’ obvious, the dramatic device held in abeyance, keeping the audience on tenterhooks until the final reel. Ms DuVall is fully aware of this. Her screenplay delivers the bloomin’ obvious in an unremitting display of clichés and filmic platitudes, manifesting an unsubtle creative cleverness that I found discomforting, perverse.

It may be the first film linking lesbian with Christmas, but that doesn’t make it gay.