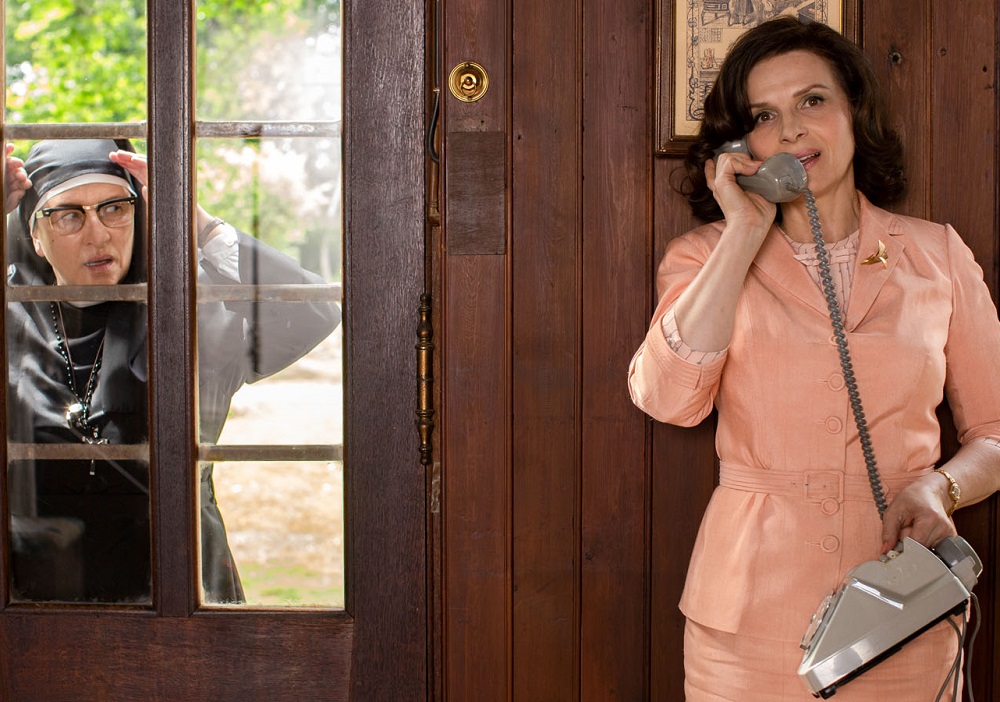 It is 1968. The French, historically no slouches at revolution, have yet to stage one that will put young women on an equal social, economic, emotional, level with men. The curriculum at the school is strict. The staff comprises owners Robert and Paulette van Der Beck (Francois Berléand and Juliette Binoche), Robert’s overweight and, let’s face it, not all that easy on the eye, sister Gilberte (Yolande Moreau) who teaches cooking and provides the meals for staff and students, and Marie-Thérèise (Noêmie Lvovsky) a nun of no apparent order whose field is morality, laundering, needlework and manners.

Things are going fine until the day when Robert chokes on a bone in his favourite dish of rabbit and leaves the business to Paulette. Shock, horror. The school is broke. And mortgaged to the hilt. Can Grunwald (Edouard Baer) the handsome attorney with whom Paulette was desperately in love before marrying Robert, help her rescue the business? He can, but at a price.

Meanwhile 16 teenaged girls are learning how to be good wives, giggling as girls in late teens are wont to do, and totally innocently ignorant of the biological imperatives to which their futures are bound.

Yes, this collection of dramatic elements doesn’t make for a great movie, one to carry out of the cinema as a significant experience. Except for the denouement, tearing down the barricades confronting the sexual revolution in a visually lovely song and dance routine as Paulette, Gilberte and Marie-Thérèise lead the pupils toward Paris through beautiful French countryside. The sequence may be lightweight, not particularly relevant to either past or future, but its staging is joyous.

So, who’s right? The naysayers who have dismissed the film? Or this reviewer, who doesn’t totally disagree with the naysayers yet confesses to having found the film entertaining, amusing and agreeably French? Palatable summer holiday escapist viewing pretty well sums it up.

Nick Overall - January 19, 2021
0
A seniors' choir with a love for music from the ‘40s and a passion for sharing them with the community, wants more seniors to join in on the fun.