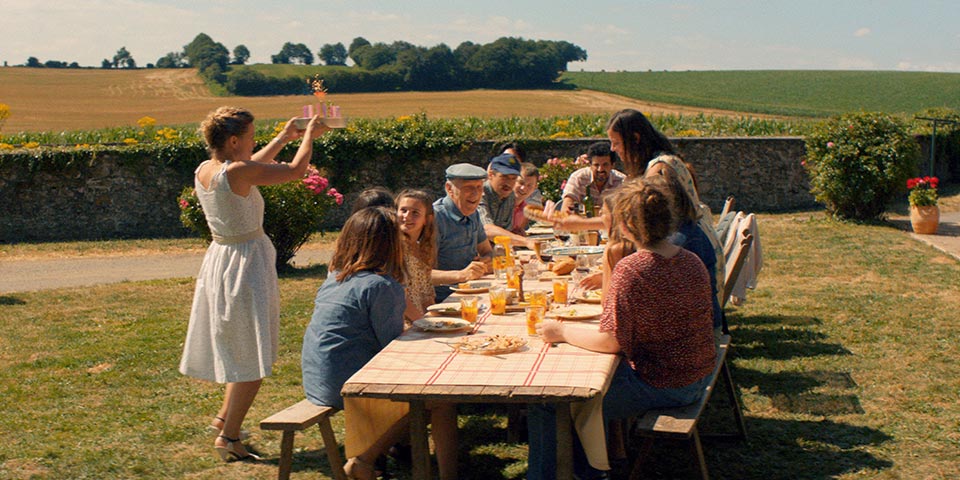 THIS is writer/director Édouard Bergeon’s narrative feature debut, telling about his, his mother’s and his sister’s experiences of responsibility for the family farm near Poitiers after the suicide of their husband and father when he was 16.

As well as having made a series of documentaries about the issues confronting French farmers, Bergeon knows what farmers and their families must do to survive in the farming business. He understands the farming environment, and farming’s dependence on climate, season, and weather. He knows about suicide rates among farmers.

The film he has crafted from those elements pleased me most of all for its credibility. Pierre Jarjeau (Guillaume Canet) returns to France from America with ideas about expanding the farm’s activities – mechanisation, economies of large-scale rearing of herds and flocks. He leases the family farm from grandfather Jacques (the actor Rufus) and starts upgrading it. Exterior shots show what growing stuff, animals, crops, involves. That takes place in the framework of the family and its issues.

Pierre’s wife Claire (Veerle Baetens) is a tower of strength as well as mother of his children and manager of the farm’s day-to-day business chores. In the early 1970s, their 16-year-old son Thomas (Anthony Bajon) is learning the craft, the business, of farming. Prospects look rosy for the family. Until disaster strikes, wrecking Pierre’s new infrastructure and leaving his spirit in shreds.

I’m lucky. My wife’s the daughter of a NZ farmer and she and I for some years owned a small block on which we took part in getting the Australian alpaca industry going both here and nationally. What I was watching in Bergeon’s film rang true to what I had learned from that. The film’s performances are first class throughout. You don’t have to be a farmer to take satisfaction from “In the Name of the Land”.