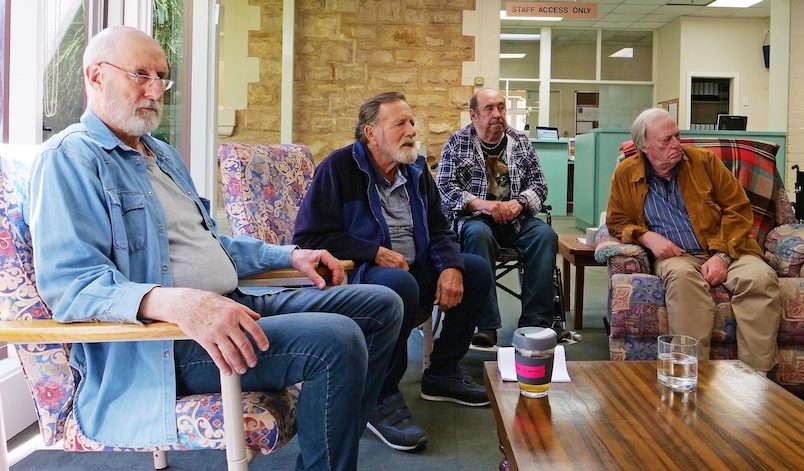 THIS mildly amusing movie tells about four veterans planning to repeat their escape from a Vietnamese PoW camp. Escape? From where? From an Adelaide veterans’ retirement village nearly five decades after the conflict ended.

Why? Because in his meanderings around the hospital, former Lieut Bronson (James Cromwell) has seen the woman who farewelled him as the ship carrying his unit to the war sailed.

In her 70s, Jacki Weaver plays Norma effortlessly. Norma’s the army nurse whom Bronson couldn’t muster up the courage to ask to marry him then. Now that she’s back in his vicinity, he wants to make up for lost time.

Jack Thompson (born Australia, 1940), Dennis Waterman (born UK, 1948) and Roy Billing (born NZ, 1947) play Bronson’s comrades in arms and in the home. Shane Jacobson plays Roy Billing’s son. Max Cullen (born Australia, 1940) plays a very old veteran past his use-by date but refusing to accept its inevitability. And the Australian-born son of a real-life Vietnamese refugee mother Zachary Wan plays Elliot, a young man who joins the group because it seems the right thing to do.

Getting top billing, prolific American actor James Cromwell has been in several Australian movies since playing Farmer Hoggett in “Babe” in 1993, when he turned 53.

I list the years in which “Never Too Late’s” principal actors were born because we cannot know how much longer they’ll be around to please us in more movies. And the contemporary Australian film industry owes most of them a significant debt.